(June 12, 2011) – A well-known Nigerian academic and Islamic scholar is impressed by the growth and diversity of the Muslim community in Canada.

Dr Iysa Bello made the observation during a brief visit to the Greater Toronto Area this past week.

Dr Bello is familiar with the early development of the Muslim community, having lived in the city of Toronto while studying at the University of Toronto.

He served as the Imam of the Islamic Foundation of Toronto from 1979 to 1986 and, during his tenure, the project was initiated to build the Islamic Centre in Scarborough.

During his stop-over in Toronto, Dr Bello visited the International Muslims Organization in Rexdale, the Islamic Foundation of Toronto and the Islamic Institute of Toronto.

At the Islamic Foundation, he visited the weekly soup kitchen at the mosque. 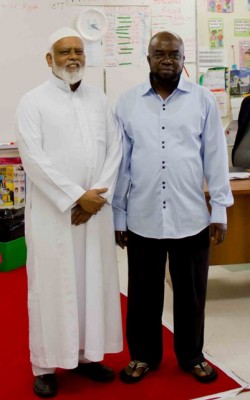 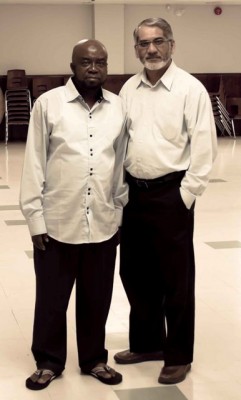 He later met with Shaikh Ahmad Kutty, Senior Scholar at the Islamic Institute of Toronto, and Muneeb Nasir, President of the Olive Tree Foundation.

Among his many publications, Dr Bello is the author of the book, The Medieval Islamic Controversy Between Philosophy and Orthodoxy: Ijma and Ta’Wil in the Conflict Between Al-Ghazali and Ibn Rushd.