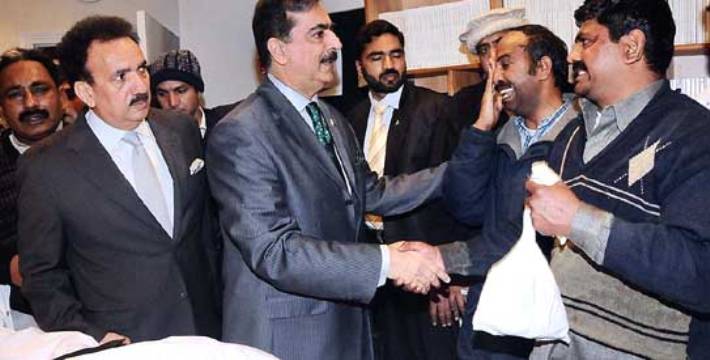 (March 3, 2011) – The Islamic Society of North America (ISNA) is expressing outrage over this week’s brutal killing of Pakistan’s Minster for Minorities, Shahbaz Bhatti.

Bhatti was the only Christian member of Pakistan’s federal cabinet and openly spoke out against the countries’ misuse of the controversial blasphemy law.

Two months ago, Punjab Governor Salmaan Taseer, speaking as a member of the Muslim majority in Pakistan, was also murdered for his criticisms towards abuses of these laws.

ISNA National Director of Interfaith and Community Alliances Dr. Sayyid Syeed met with Bhatti a few months ago to convey ISNA’s deepest condolences for the burning of churches and murders of Christians in Pakistan over the past few months.

He made it clear that ISNA believes strongly in the responsibility of Muslims to ensure the safety of religious minorities in Muslim majority countries.

“The Quran teaches Muslims to grant people freedom of religion and no law should be used to oppress that right. ‘Good and evil cannot be equal; repel evil with something which is better and verily he between whom and thyself was enmity may then become as though he had always been a close, true friend, (Quran 41:34).’  Surely murder can not be that which is better; if people disagree with another person’s view on a law, they must use peaceful means to respond and never resort to violence,” said ISNA President Imam Mohamed Magid.

“We ask that the government takes every measure necessary to secure the rights of religious minorities in Pakistan, as well as their safety and those of their places of worship.  We also ask Islamic scholars to stand up for the rights of those minorities in their midst as the Quran teaches.  To do nothing will only play into the hands of the extremists everywhere in the world,” he added.