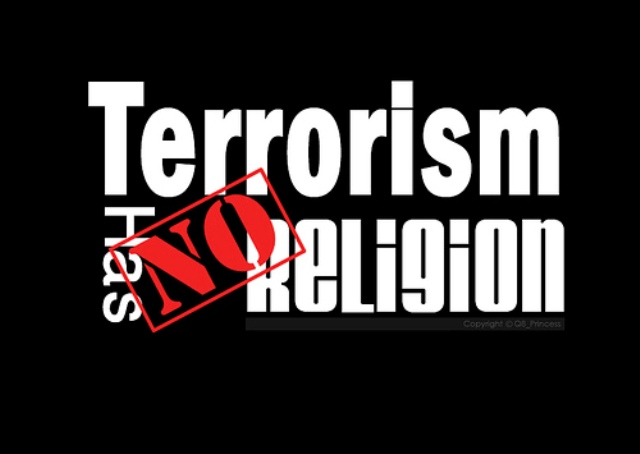 (April 22, 2011) – Late last month, Yemeni officials claimed that Al Qaeda-affiliated gunmen allegedly took control of a munitions factory in southern Yemen and then booby-trapped the facility after looting it. Residents of the town who flocked to the factory afterward trying to recover what was left were caught in an explosion.

Over 100 people were killed.

Terrorists claim that by carrying out similar attacks, they are protecting Islam and fighting the “enemies of God”, clarifying in countless statements that non-Muslims are their primary targets.

Of course, killing anyone is wrong. And terrorist attacks carried out by Al Qaeda and affiliate groups have not exclusively targeted any specific religious, sectarian or ethnic group.

In fact, numbers and statistics show that the majority of their victims are Muslims.

A study from December 2009 by the Center for Combating Terrorism at West Point says that “the vast majority of Al Qaeda’s victims are Muslims” and that “only 15 percent of the fatalities resulting from Al Qaeda attacks between 2004 and 2008 were Westerners.”

These numbers prove that terrorists do not distinguish between Muslims and non-Muslims, and consider all people who do not agree with their ideology as “legitimate” targets of violence.

This strategy of using violence has subsequently alienated Al Qaeda from mainstream Muslims and proved to be a failure in all respects for the simple reason that it is self-destructive.

Besides various statements made by Muslim groups around the world voicing their objection to terrorism and violence that cause death and destruction under the banner of Islam, Al Qaeda and similar groups have never enjoyed a large fan base among the world’s Muslim population.

Moreover, Al Qaeda labels Muslims who do not support the group’s ideology as apostates, one of the most serious charges in Islam.

Using this term loosely to accuse their enemies has only earned terrorists increasing hostility and decreasing support of the Muslim world in the past few years.

Al Qaeda’s ideology is built on highlighting differences amongst Muslims, as well as between Muslims and those of other faiths, rather than helping humanity search for common ground and move toward peace, mutual understanding and respect.

It is by no means a call for “Muslim unity”, as Al Qaeda’s ideology represents a greater threat to Islam than any other religion.

On more than one occasion, Muslims around the world have presented alternatives to Al Qaeda and to violence as means to achieve political goals.

The ongoing waves of change in Tunisia, Egypt, Bahrain, Libya, Syria and Yemen reaffirm that Muslims are able to topple dictators, create policy changes, and demand freedom and democracy peacefully.

As people continue to fight for their rights in this part of the world it will be even more difficult for terrorists to find a safe haven in democratic societies, as history has not seen democracies breeding terrorism the same way autocratic and oppressive regimes do.

As Arab and Muslim societies continue to march toward democratic change, Al Qaeda’s arguments will be less relevant.

We are realising now that real and lasting change can only occur through peaceful uprisings as opposed to military coups or extremist ideologies that propagate violence.

Al Qaeda has always used oppression in the Arab and Muslim worlds to justify seeking violence to achieve its political goals.

* Hussein Abdallah is a journalist and a media analyst. This article is part of a series on the consequences of terrorism written for the Common Ground News Service (CGNews).