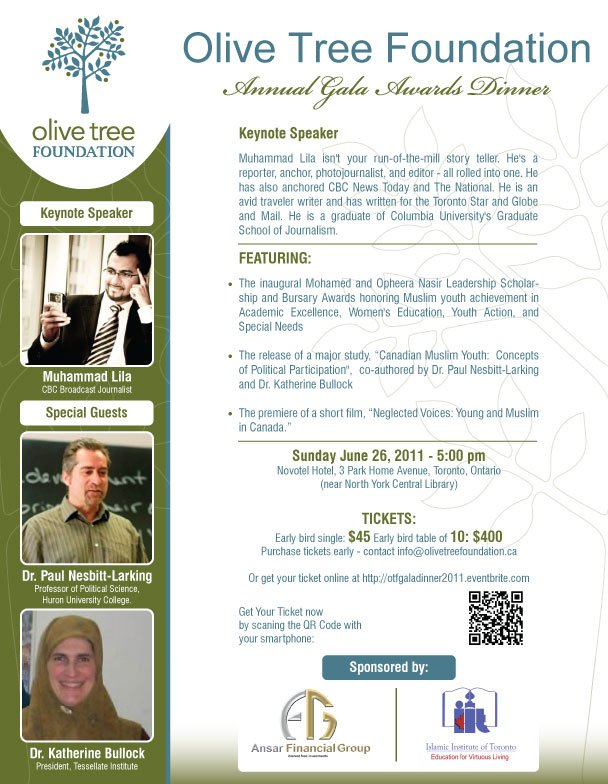 CBC’s well-known broadcast journalist, Muhammad Lila, will keynote the Gala that will include the release of a major study, “Canadian Muslim Youth: Concepts of Political Participation”, co-authored by Dr Paul Nesbitt-Larking and Dr Katherine Bullock, and the premiere of a short film, “Neglected Voices: Young and Muslim in Canada.”

Keynote speaker, Muhammad Lila, isn’t your run-of-the-mill story teller. He’s a reporter, anchor, photojournalist, and editor – all rolled into one. 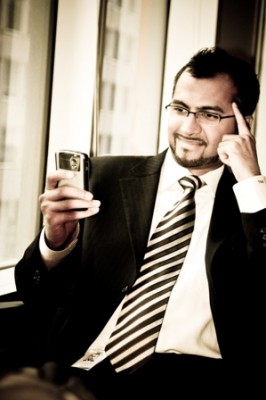 Lila has also anchored CBC News Today and The National. He is an avid traveler writer and has written for the Toronto Star and Globe and Mail. He is a graduate of Columbia University’s Graduate School of Journalism.

The Olive Tree Foundation supported project, that was conducted in the context of growing governmental and community concern over the ‘radicalisation’ of Canadian Muslim youth, gathered data on how Muslim youth regard political participation.

During the Gala, a short film, “Neglected Voices: Young and Muslim in Canada“, will be premiered. It profiles Muslim youths who may have been victims of Islamophobia,  racial profiling, or living in poverty or have recently arrived in Canada and are finding it difficult to adjust to their new homeland.

The Olive Tree Foundation is an emerging, volunteer-run public foundation that promotes community development through the collection of endowed funds and charitable contributions to fund services for the long-term benefit of the community.