(December 11, 2011) – A group of Muslim men launched a White Ribbon Campaign last evening in one of Toronto’s largest Islamic Centres, the Islamic Institute of Toronto

The White Ribbon Campaign (WRC) is the largest effort in the world of men working to end violence against women.

It is primarily targeted to men and boys asking them to step up and step forward by taking a personal pledge to never commit, condone or remain silent about violence against women and girls.

Muneeb Nasir, one of the men organizing the campaign, asked the audience to recognize the significance of the launch.

“It’s important to recognize the significance of this event, at this time,” he said. “This campaign is being launched by Muslim men in an Islamic Centre and it will be promoted in other mosques and Islamic gatherings.”

The White Ribbon campaign launch comes on the heels of the “Call to Action to Eradicate Domestic Violence” statement that was recently issued by Canadian Islamic organizations and leaders and which saw Imams and Khateebs deliver sermons (khutbas) on domestic violence last Friday in mosques across the country.

“We’ve a responsibility to speak up for the wrongs that take place,” Imam Sikander Hashmi told the audience. “Violence in our homes is never an option.”

All of the speakers gave resounding endorsements of the campaign and asked everyone, especially the men, to step forward and take the pledge.

Shaik Abdool Hamid reminded the attendees that the taking of pledges by the community for important matters was done by the Prophet Muhammad, peace be on him.

“Tonight we are launching this campaign which is a strategy to start the conversation in our community to challenge everyone to speak out, and think about their own personal beliefs, language and actions,” said Muneeb Nasir.

The organizers are hoping to run this year’s campaign from December 10 to its culmination on December 25 with White Ribbon Days at the largest Canadian Muslim convention to be held at the Metro convention centre. 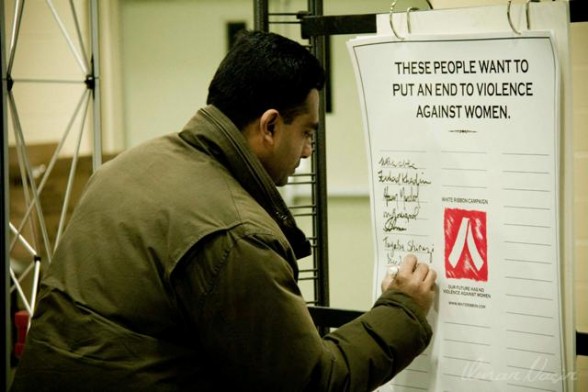 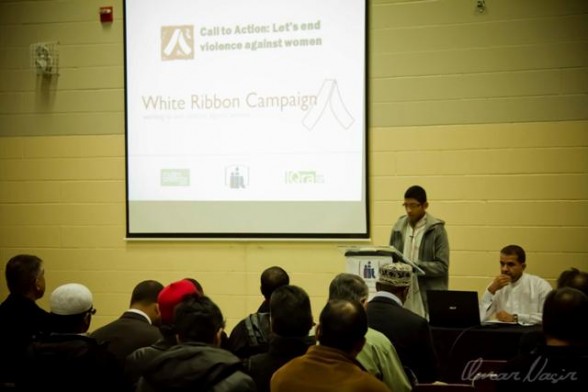 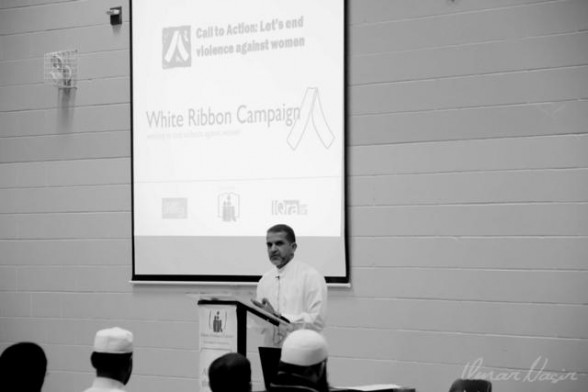 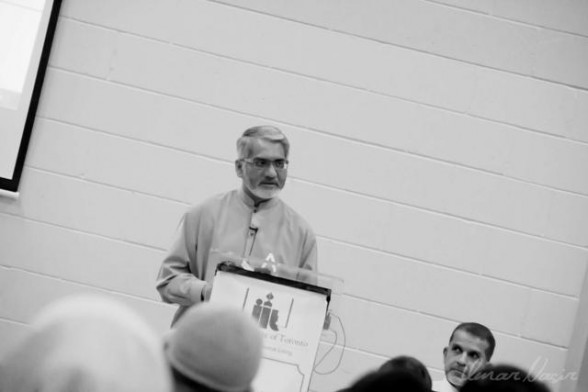 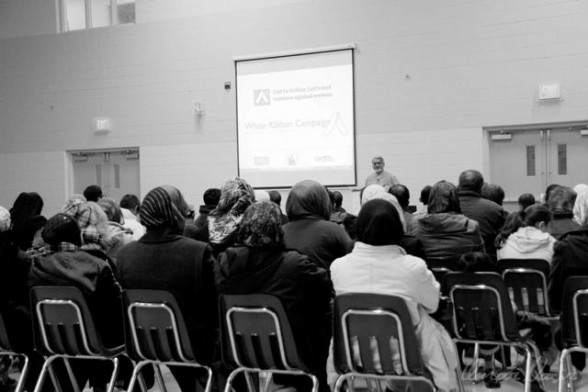 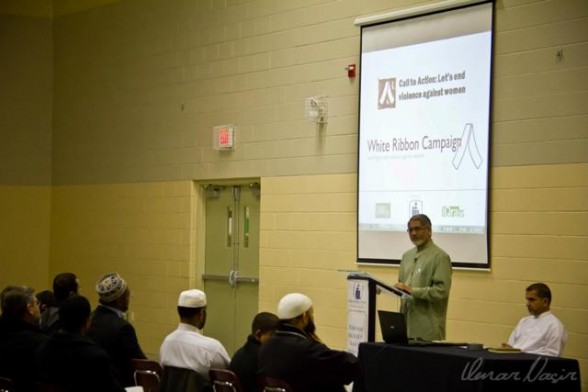 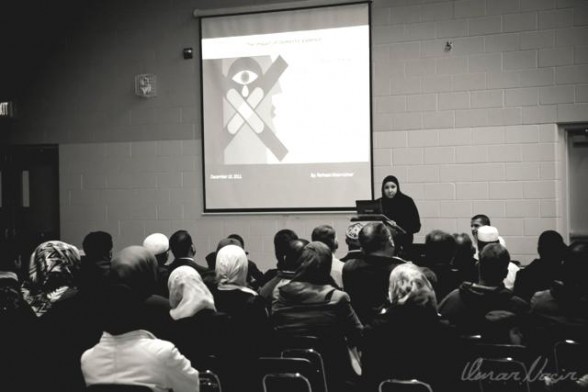 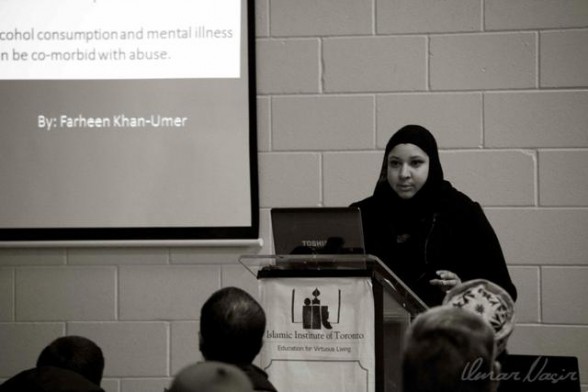 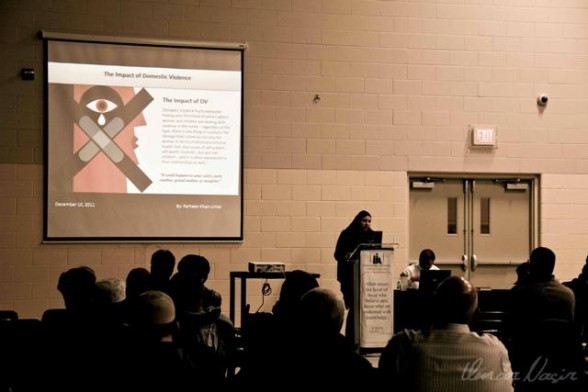 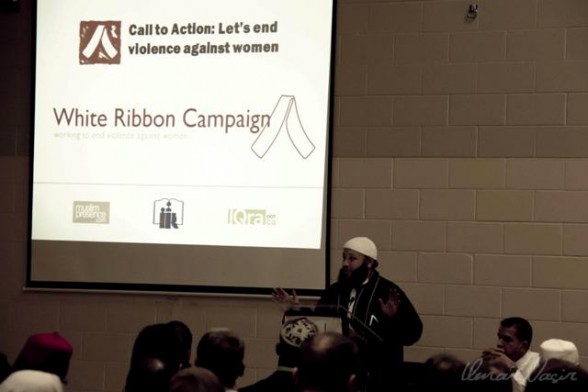 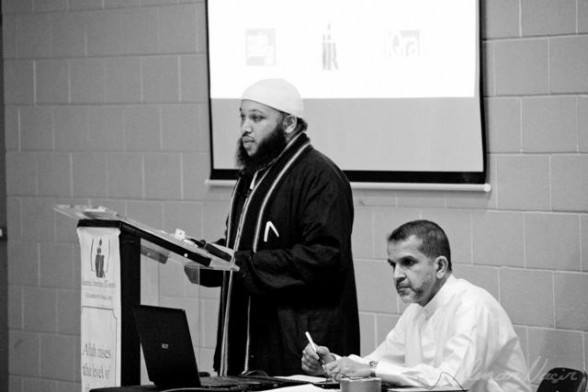 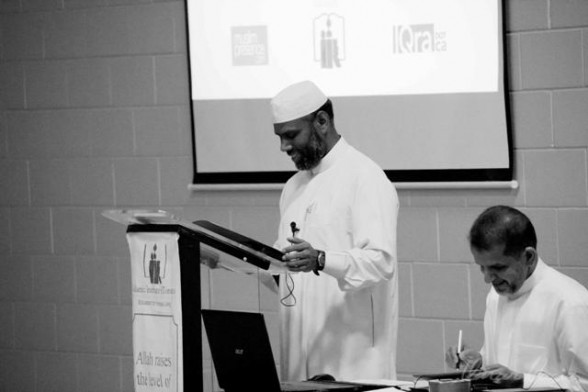 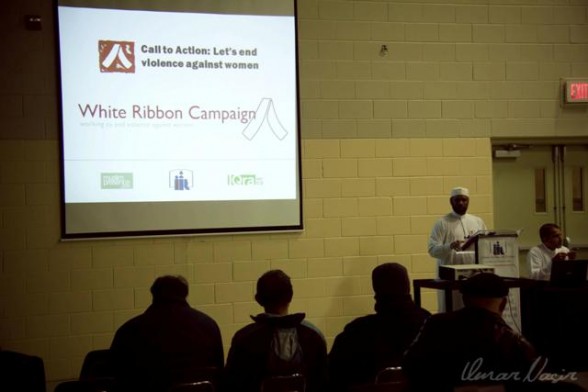 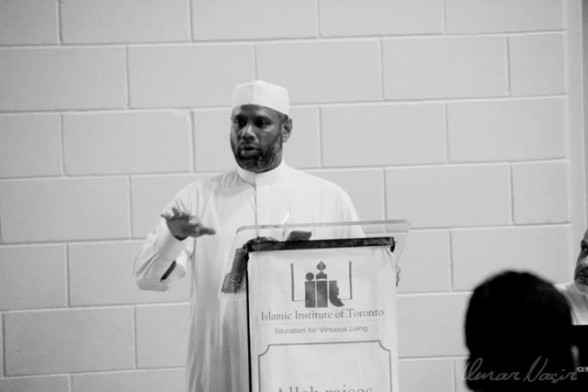 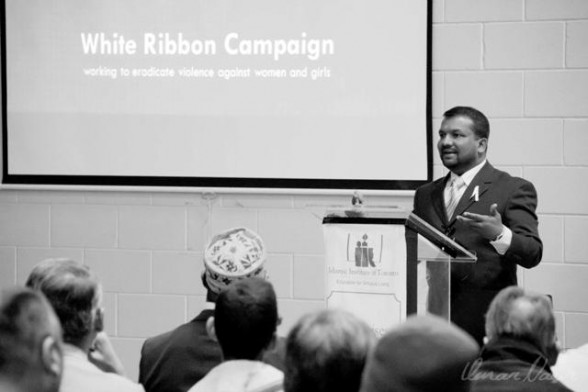 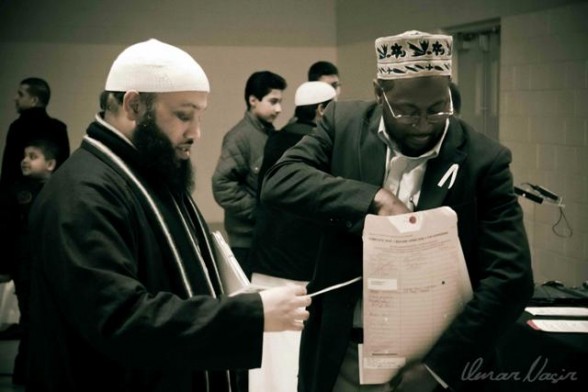 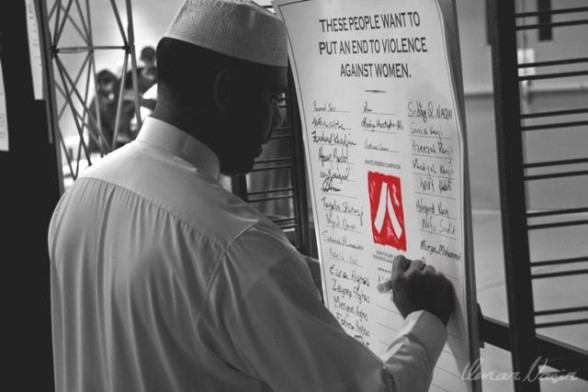 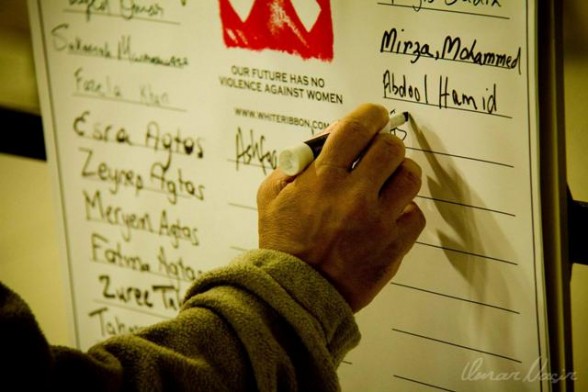 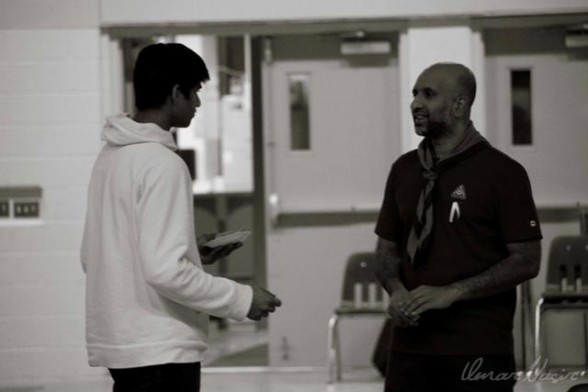 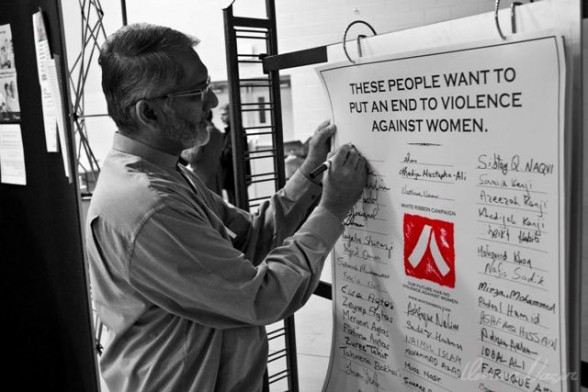 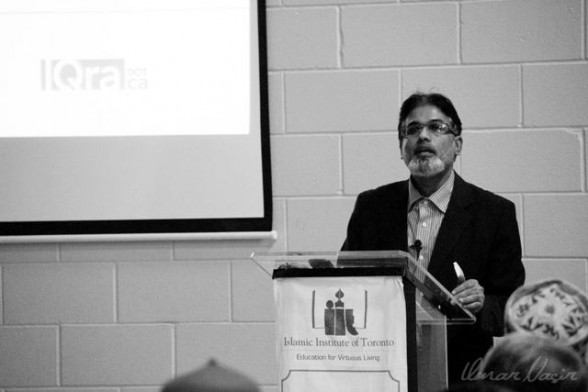