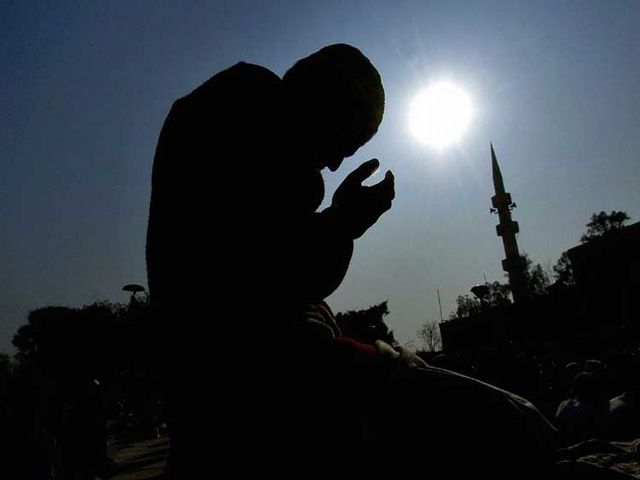 (May 24, 2011) – Two teenagers traveled miles to the city of Toronto to attend a Friday sermon at a local mosque.

It was the first time they were attending a Muslim gathering and were hoping for a memorable experience which they would cherish for a long time.

But things turned ugly as soon as they entered the mosque.

A man shouted at them for dressing like prostitutes.

He said they did not belong in masjid (mosque) but in a nightclub.

In shock and disbelief, they vowed to never step into another mosque again.

It is sad and unfortunate to see rude, tactless people, like the man mentioned above, frequently taking charge at our places of worship.

In their zeal to correct others, such people often forget their manners.

They are quick to judge others as though they have no flaws of their own.

Enjoining what is good and forbidding what is bad is indeed an important principle in Islam.

Allah says in the Qur’an: “[Believers], you are the best community singled out for people: you order what is right, forbid what is wrong, and believe in God” (Ch 3, v. 110).

Performing this task is not as simple as some people might think.

A person who might be making an error while praying could be a new Muslim struggling to learn the basics or a visitor who is interested in Islam.

Lashing out at people could turn them away from Islam.

A revert recently confided a sad story to my wife.

Her son, who is not a Muslim, used to accompany her to Islamic centers but stopped doing so because he was constantly bombarded by people wanting to know when he would become Muslim.

Now he waits outside the mosque, when he comes to pick up his mother, to avoid “harassment and humiliation.”

It is important to have outstanding qualities when approaching others.

The Prophet of Islam, may peace and blessings be upon him, was sent as a mercy to all of creation.

It was his gentleness, mercy and humility that drew people close to him and instilled the love of Islam in their hearts.

As the Qur’an states, had the Prophet been harsh and rude with them, they would have broken away from him.

One should not be hasty in correcting others.

It is important to focus on one’s own self first and foremost.

The Glorious Qur’an emphasizes the importance of approaching people nicely:

“(Prophet] call [people] to the way of your Lord with wisdom and good teaching. Argue with them in the most courteous way, for your Lord knows best who has strayed from His way and who is rightly guided” (Ch.16, v.125).

When Hassan and Hussein the young grandsons of the Prophet, may Allah be pleased with them, saw an old man making ablution (wudhu) improperly, they did not mock or condemn him.

Instead, using a high level of wisdom and respect, they politely asked him to sit down and judge, who between the two of them, was making wudhu properly.

The old man felt honored to be entrusted with such a position and by watching the boys make wudhu, he learnt the correct way of taking ablution.

Their grandfather, the Prophet, may peace and blessings be upon him, stopped his companions from punishing a Bedouin who was urinating in the mosque.

He instructed them to let the man finish and then asked them clean the area.

The Prophet then approached the man discretely and respectfully explained to the man what he had done wrong.

In a narration by Abu Hurairah, may Allah be pleased with him, the Prophet, may peace be upon him, said: Indeed Allah is gentle and loves gentleness, and gives due to gentleness that which He does not give to harshness.” (Tirmidhi)

When one encounters an issue that requires attention, he or she should not take the matter into his own hands and act like a police officer.

A mosque is not a lawless jungle.

When one finds an issue of concern in a supermarket, for instance, he or she tries to talk to the people in authority about it.

The same approach should be applied to the places of worship.

There is an imam and other figures of authority who can be asked to address the matter.

A masjid should be a place where one attains peace and be in peace with himself and with those around him.

A person who comes to a mosque has made a huge sacrifice of leaving everything behind in order to worship the Almighty in a state of tranquility.

Such a devoted person deserves support and respect instead of harassment and hostility.

The atmosphere in the masjid should always be welcoming and everyone should work hard to maintain that atmosphere, so that even when someone who is overwhelmed with grief and sadness enters the masjid, he or she should feel a sense of relief that can never be found anywhere else but in the masjid.

*Abubakar N, Kasim is a freelance writer who lives in Toronto