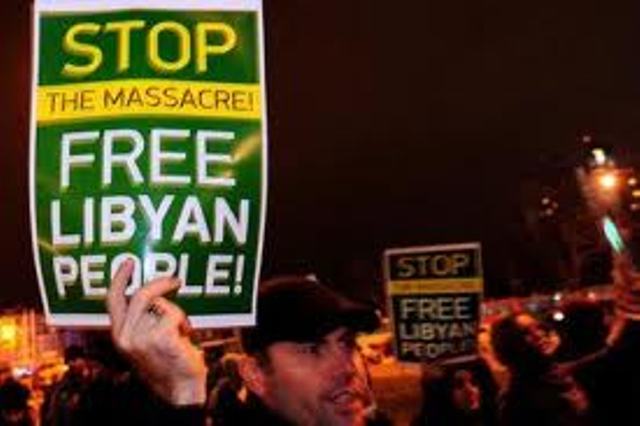 President of the United States of America

We the undersigned scholars fully appreciate and applaud your concern about not repeating the rush to unilateralism, which has too frequently defined American foreign policy in the Middle East in recent years. We also remember the strong commitment you made in Cairo on June 4, 2009 to support efforts to promote democracy in your “New Beginnings” speech to the Arab and Muslim worlds. In that speech you stated:

“I do have an unyielding belief that all people yearn for certain things: the ability to speak your mind and have a say in how you are governed, confidence in the rule of law and the equal administration of justice, government that is transparent and doesn’t steal from the people, the freedom to live as you choose. These are not just American ideas. They are human rights. And that is why we will support them everywhere.”

These comments were widely hailed throughout the region and received as a strong signal that your administration would robustly support the rise of popular democracy wherever it occurred.

Over the past two months the Arab world has been shaken to its core by a profound and widespread popular call for democracy. This call has transcended all social classes, ethnic groups and religious confessions. The historic extent and nature of this appeal is of monumental historical significance. Oppressive and corrupt regimes in both Tunisia and Egypt have already been swept from power, and are actively challenged now also in Yemen and Libya.

Although non-violent popular movements were able to topple the regimes of Tunisia and Egypt, the case of Libya has been different. The protests, which began there on February 17th, started peacefully, as they did throughout the region. However, the regime of Colonel Gaddafi quickly responded by resorting to the use of military forces against unarmed civilians. The regime’s orders to its armed forces to use planes, helicopter gunships, heavy caliber machine guns and similar weaponry against unarmed protestors quickly prompted mass defections from the Libyan armed forces to the side of the protestors. The regime’s subsequent use of mercenary forces against the civilian population has only escalated the level of violence.

In response to calls for an American-led no-fly zone over northern Libya you have argued for the need for regional and international sanction for such a measure. We contend that with the recent unanimous vote of the League of Arab States, numerous calls for such action from states within the region, as well as wider calls from traditional American allies such as France and Britain for such action, legitimate sanction for the speedy imposition of a no-fly zone now exists and we call upon you now to assume a leading role in halting the horrific violence being perpetrated by Colonel Gaddafi’s forces by swiftly taking the following concrete actions:

Mr. President, we now stand at a pivotal moment in the struggle for democracy in the Arab world. If the words you spoke in Cairo nearly two years ago are to have any meaning, you must now assume a leading role in supporting the massive popular uprising for democracy throughout the region. The Libyan case is for the moment the most pressing, but people throughout the Arab world will judge your words in Cairo by your actions now. The support you promised for democracy in Cairo must be substantive and swift. To extend such support is not only to stand on the right side of history, we believe that it is also critical to the long-term national interests of this country.

President, Council for a Community of Democracies

President, Center for the Study of Islam and Democracy

Professor Emeritus of Journalism and Founder, Adham Center, The American University in Cairo

Board of Rabbis of New York

Center for Diplomacy and Democracy

Council for a Community of Democracies

Center for a New American Security

University of Texas at Austin

Chairman, Board of Trustees of the Univ. Azhar Indonesia, Jakarta

Network of Democrats in the Arab World