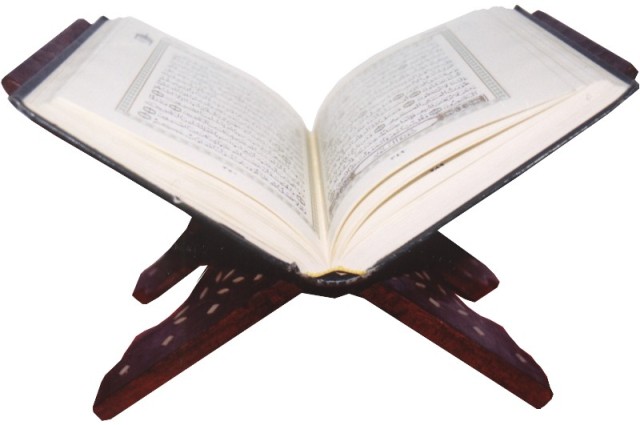 (May 11, 2011) – I’m thrilled again to have been a part of recent history – while someone burned the Qur’an in the United States, another presented us with a Qur’an in an expression of solidarity. I told this to my congregation during a Friday service and they were all moved by the gesture.

For the eighth year, an exercise of interfaith exchange between Jews, Muslims and Christians in Ontario has progressed in good faith – and the gift of the Qur’an was this year’s highlight. The Abraham Festival in Peterborough originated on the premise that all three faiths have a common heritage, which needs to be explored and shared. Walking through the symbolic tent of Abraham – referring to the Biblical prophet’s tent, a place of hospitality and engagement with strangers which was open to the four winds – in order to enter the St. Andrew’s United Church gave attendees the sense that history can be relived, even in a modern day setting.

Dr. Dan Houpt, a Jewish partner, facilitator and doctor who has been keen in bringing the three faiths together in Peterborough, presented the Qur’an to us Muslims during the festival last month. He first suggested the idea to his Muslim counterpart and co-founder Elizabeth Rahman, who then consulted with the Canadian Council of Imams about the gift. Rahman is a convert from the UK and first became active in the community in the 1970s, with her late Indian husband.

The Muslims Students Association at the nearby Trent University hosted the Friday service, on the first day of the festival this year, so that Christian and Jewish neighbours could observe the presenting of the Qur’an. Houpt offered some thoughts on the gift, stating, “It shows we stand with [Muslims] in solidarity,” and then added that this offering “shows it’s a terrible act to burn a holy book.”

I offered my gratitude and reminded the audience – comprised of people of all three faiths – that it is a tribute well received on behalf of all Muslims and that the desecration of any holy book is an attack on all Holy Scriptures. I also reminded them that this act was in line with a historic tradition when the Muslim Ibn Rushd, Jewish Maimonides and Christian Thomas Aquinas learnt from one another’s works in 12th century Spain, which even John Paul II recognised as being of significant historical importance.

This year’s theme of the Abraham Festival was forgiveness. Many facilitators were present to share what their faith offered on the subject of forgiving others. In my speech, I told attendees that “forgiveness is an interesting topic because you often need it for people you love the most. The person you love the most can hurt you the most. And forgiveness lightens the burden.”

The presentation of the Qur’an by the local Jewish community was a way to show goodwill and remove any misunderstanding and hurt that Muslims may have experienced in today’s unfortunate atmosphere of Islamophobia – something Jews can relate to given their long years of dealing with anti-Semitism.

I also told festival goers that recently a group of Jewish people had donated money and time to build a mosque in Toronto. Television producer Kenny Hotz will highlight this daring project – the Peace Mosque – in his documentary to be shown on the Showcase Television channel this spring.

Rahman was recognised during the event and I handed her a card of appreciation along with the Qur’an, which she will use during her tours to the area’s schools and prisons. Muslims have been overwhelmed by and thankful for this token of solidarity, for such is the tradition of Abraham.