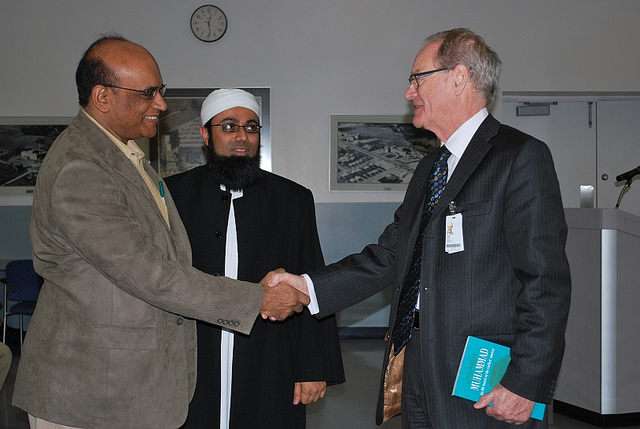 (May 16, 2011) – The Islamic Foundation of Toronto has been partnering with the Scarborough Hospital over the past year to make services more appropriate for Muslim patients.

On Saturday May 28th, the Islamic Centre is building on this relationship by hosting a program, Caring for You, Caring for Our Community, in conjunction with the Scarborough Hospital.

“This initiative was started about fifteen months ago,” said Javaid Ali Khan, President of the Islamic Foundation of Toronto,

“With the joint efforts of the Islamic Foundation of Toronto and the Scarborough Hospital staff, many changes took place regarding the way Muslim patients are treated and dealt with at the Toronto hospital,” he added.

The upcoming event on May 28 will feature presentations by Shaikh Yusuf Badat, Imam of the Islamic Foundation and Dr. John Wright, President and CEO of the Scarborough Hospital. A wide range of topics are planned for the event, including accessing hospital services, family decision making and the hospital’s commitment to the community.

Due to this partnership, and through the initiative of the Islamic Foundation, the Scarborough Hospital changed its policies in relation to shrouding the bodies of the deceased Muslims to respect religious injunctions, with male staff handling male bodies and female staff handling female bodies.

“The Mosque is also recommending to various hospitals that they implement policies for treatment and caring of the Muslim female patients, preferably by hospital’s female staff only,” Javaid Ali Khan told IQRA.

Islamic Foundation has also been working in co-operation with the management of the hospitals to implement ‘Project Halal Meals’ at various hospitals for Muslim patients.

“Halal approved meals are now available at the Scarborough Hospital, both at the Birchmount Campus and at the Lawrence/McCowan Campus,” said Khan.

“You will also be pleased to know that extra pages were inserted and re-worded in the section ‘Dealing with Muslim Patients’ in the hospitals’ manuals,” Khan added.

The Islamic Foundation of Toronto and the GTA hospitals are also investigating alternative patient gowns to provide greater privacy for female patients.

The mosque and its Imam, Shaikh Yusuf Badat, have been actively engaged in community outreach to the hospitals by delivering presentations to staff and patients and hosting Eid dinners at both locations of the  Scarborough Hospital.

Where: Islamic Foundation of Toronto, 441 Nugget Avenue, Scarborough, ON

Registration: Call 416-321-0909 or email info@islamicfoundation.ca to reserve your seat as seating is limited. Admission and dinner is complimentary.