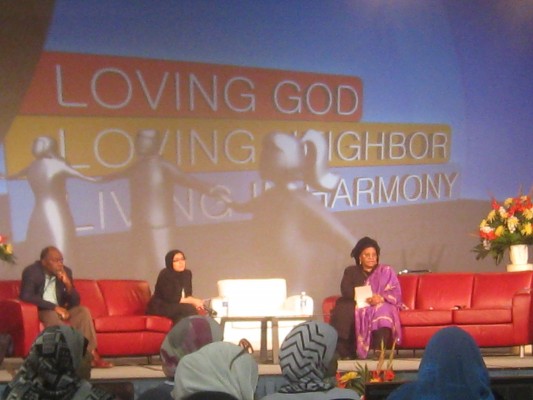 (July 7, 2011) – How can American Muslims be empowered to be effective contributors to society?

Yasir Qadhi thinks that they should be actively engaged in the social causes of their respective cities. 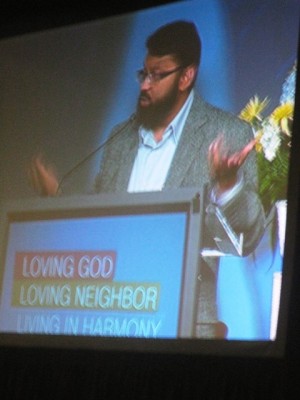 Qadhi is a popular speaker and dean of academic affairs at Al Maghrib Institute.

He made the remarks during the session, “Empowerment through Engagement”, at the ISNA convention which took place last weekend inChicago.

“Unless you establish a rapport with the community, why would they accept your theology,” he said.

He went on to advise the audience to become active in local causes.

In his presentation, Professor Tariq Ramadan spoke of a psychological crisis that leads to passivity among Muslims.

“You are here to change yourself and the world,” Ramadan advised the audience.

“Empowerment is to be faithful to one’s vision,” he added.

The 48th annual ISNA convention with a theme of “Loving God, Loving Neighbor, Living in Harmony,” drew thousands of attendees from acrossNorth America.

From July 1-4 in Chicago, convention-goers learned from some of the most influential Muslim speakers in the West, on topics ranging from social pluralism to racism and classism to Islamophobia, and more.

Their reflections on the topic set the tone for the rest of the weekend, illustrating the main theme of social harmony.

Mattson urged others to have a positive attitude toward religious diversity.

“Allah, in the Quran, tells us that it is His will that there should be religious diversity in the world,” Mattson said. “This is Allah’s choice. … He could have chosen it to be a different kind of world.” 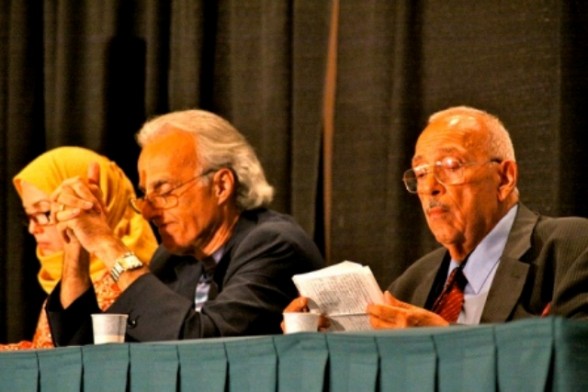 Imam Zaid Shakir said he believed what is needed now is a social movement within the Muslim community.

“Our community has proven that we can live with other people,” Shakir said. “Our challenge [now] is to build a social movement to enhance values in our own community and then just share those values with others. Our movement should be of grace and rehabilitation to show that we have something to offer this country.”

Dozens of panels and discussion groups took place over the weekend and the gathering comes after a difficult year for American Muslims.

Several American states have passed or proposed bans of Islamic law, mosque construction projects have met with opposition and polls have shown that many Americans have a negative perception of the religion.

The session topics at the convention were based upon suggestions from members, and reflected American Muslim concerns as the 10th anniversary of 9/11 approaches. 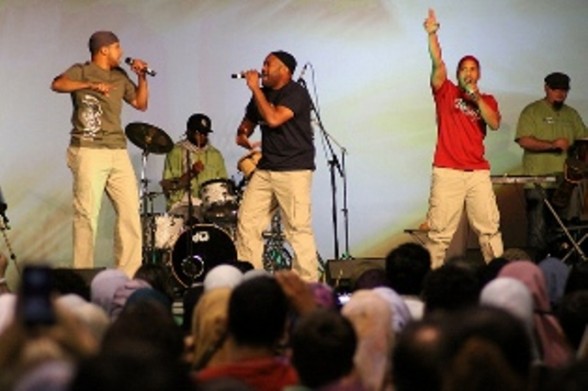 The crowd got to sing along to their favorite Native Deen songs, and old and new fans of Kareem Salama’s music were able to finally see the artist in a rareChicagoappearance.

“Mooz-lum,” “I am Here,” or “The Deen Show,” were all available for screenings at the Islamic Film Festival that showcased some of the latest and most critically-acclaimed films by and about Muslims.

The big weekend crowd-pleaser was the documentary “Fordson,” about the Fordson High football team and what happens when Muslims play football.  The “stars” of the film were there for the screening.

Film creators talked about the making the film and gave the audience a “behind the scenes” look, team members took photos with fans, and the team coach threw a football around with kids at the bazaar.

The free health screenings at the convention health fair were a welcome offer, and had an almost constant stream of traffic all weekend.

There was also a blood drive from the Red Cross, and a bone marrow donor registration-in memory of 15-year-old Bilal Mallik, who passed away earlier this year after a brief battle with Leukemia.

Dozens of people signed up to be an orphan sponsor, seeking to clothe, shelter and nourish orphans from all corners of the world through Islamic Relief’s orphan sponsorship program. 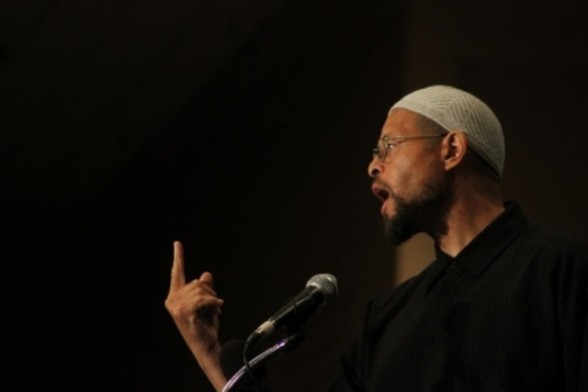 Imam Zaid Shakir, along with speakers Elena Melona and Wafa Bennani, discussed orphan adoption in Islam in a jam-packed session “Each of Us is a Flower: Adoption in the Muslim Community.”

“If we don’t provide nurturing environments for both our biological children and those children who are orphans, then we are going to provide a social situation that is going to provide a lot more haraam,” Imam Shakir said. “There are social consequences that accrue when we don’t look care for our orphans.”

This year’s convention had many new and fun activities, including the return of the ever popular basketball tournament, but none more anticipated than the all-ages “Soul Improvements: Sisters Fitness Extravaganza,” where attendees were able to enjoy a food tasting and an exciting Zumba routine, while also learning about healthy living in Islam.

The large bazaar with hundreds of vendors was constantly buzzing with crowds.

Many booths even featured surprise appearances; bazaar shoppers could take get their Kareem Salama CD signed by the artist himself, take a photo with the football players from the critically-acclaimed film “Fordson,” talk with Imams Yaser Birjas and Yasir Qadhi at Al-Maghrib Institute’s booth, or meet NFL players-brothers Hamza and Husain Abdullah.