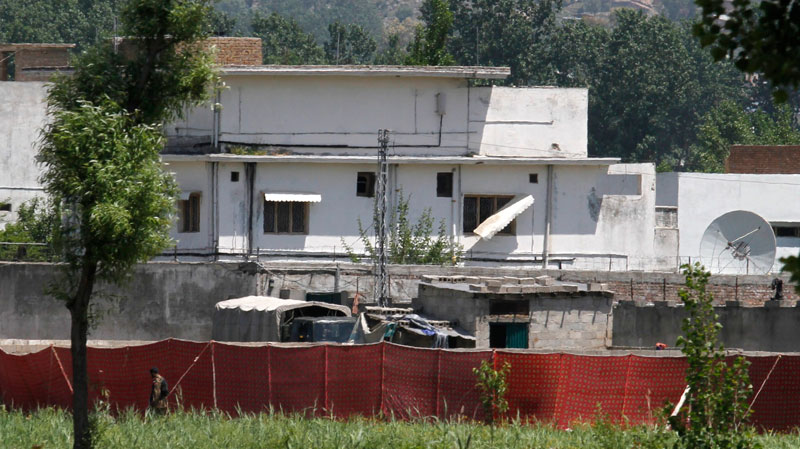 (May 9, 2011) – Reactions during the first 48 hours after the announcement of Usama bin Laden’s death have been indeed revealing.

While the symbolic impact of the news touched off a media frenzy in the West, coverage was far more restrained in majority Muslim societies and throughout the Global South.

It was as though we were witnessing, in real time, two distinct perspectives on the world.

The rhetoric of violent extremist groups, be they al-Qaeda or others, never gained traction among the world’s Muslims.

With the exception of tiny groups functioning autonomously, we can conclude that terrorism has been a marginal phenomenon since September 11 2001.

In fact, terrorists have killed more Muslims than Americans or Europeans, from Bali to Amman and from Morocco to Iraq, by way of Pakistan and Afghanistan.

The “celebration” of the execution of bin Laden raises a number of questions that—far from conspiracy theory—any thinking person is justified in asking.

Far from any rejoicing, they represent the uncertainties that continue to trouble Muslim minds around the world—not to mention numerous Westerners.

How can bin Laden have avoided detection in a place so close to Islamabad for more than five years?

What precisely is the relationship between Pakistani and American intelligence services in the light of their contradictory versions of the event?

Why was there no attempt to arrest him?

How are we to explain the absence of photographs, the disposal of his corpse into the sea (in pointed disregard for the Muslim rite his executioners publicly claimed to respect)?

Aside from such questions, and the legitimate doubts they express, the death of bin Laden, as an icon and symbol of terrorism, is all but a non-event for the world’s Muslims.

His vision and actions were neither widely emulated nor respected, as numerous surveys by Western governments and anti-terrorism experts have confirmed.

We are dealing, above all, with a primarily American, and more broadly European event.

The staging of the announcement, in the form of the American president’s firm and carefully worded statement on live television, was designed to convey the impression of calm in the hour of victory over terrorism and over America’s public enemy number one.

There was no empty boasting. Barack Obama, who has in the past been sharply criticized for his apparent lack of strength and determination on national security issues as well as on the wars in Iraq and Afghanistan, has scored a powerful symbolic success that will have a strong impact on public opinion.

Not only did he keep up pursuit of bin Laden, but in total secrecy commanded a sensitive and ultimately successful operation that seems sure to strengthen his image as a decisive president able to take action in the critical fields of national security, defense and patriotic pride.

The only images available to date are those of the president micro-managing operations from his Washington office: a succession of cleverly calculated and skillfully conceived media dividends.

But we must go well beyond the flurry of exuberance that saw people celebrating in the streets of New York.

What lies ahead for the Middle East, as it contemplates two contradictory realities: on the one hand, the massively popular peaceful revolutions taking place in the Arab world, and on the other, the death of the symbol of violent extremism, of a leader of tiny marginal and marginalized groups?

There may well be terrorist reprisals; they must be anticipated and met with all necessary firmness.

But the task will be to combat and to neutralize isolated acts of provocation that under no circumstances can be used to justify a philosophy of political action, the course adopted by the previous American government.

It is time to treat violent extremism for what it is: the action of small groups that represent neither Islam nor Muslims, but deviant political postures that have no credibility in majority Muslim societies.

The elements of a new political philosophy defining the West’s relationship with Islam and with the Muslims can only emerge from the crucible of the broad-based movement for justice, freedom, democracy and dignity now sweeping North Africa and the Middle East.

The rebirth now underway in the East must be understood first as an appeal for critical self-examination by the West.

Once the rejoicing at the elimination of bin Laden, the “symbol of the cancer of terrorism” is over, the West should move rapidly to review its regional policies.

The American and European presence in Afghanistan and Iraq, coupled with the absence of a firm commitment to resolving the Israel-Palestine conflict, is an obstacle to any positive development.

To this list must be added domestic issues such as discriminatory legislation that offends human dignity and personal liberty, the existence of Guantanamo and the use of torture: practices that amplify mistrust of the United States and its allies.

Selective support for dictatorships in the Middle East or in the oil sheikhdoms should be rapidly reconsidered lest these policies raise legitimate questions about the West’s true support for the democratization process in the Arab world.

The Muslim majority societies have a substantial responsibility for managing their own future.

It cannot be stated strongly enough that the sirens of violence and extremism have never seduced the overwhelming majority of their peoples.

More than ever, as the people awaken, it is essential that civil society (including intellectuals and political parties) remain mobilized and alert; that it expose corruption and the absence of the rule of law and of justice; that it develop a genuine strategy to create free and democratic societies, and that, in the end, it create the conditions for new political and economic relations with the West.

For the old couple made up of Islam and the West is no longer young; the presence of new players from the Far East, starting with China, is even now resetting the parameters of the world economic order.

The United States, like the countries of South America, like China and India by way of Turkey, know exactly what is taking place.

It may well be that the Arab “spring” is, in reality, the autumn of the Arab world’s relations with the West, and a new path to another, broader spring, bounded this time by East and Orient.

Against this emerging geo-economic landscape, the announcement of bin Laden’s death has all the force of a fading wind, of a random event.