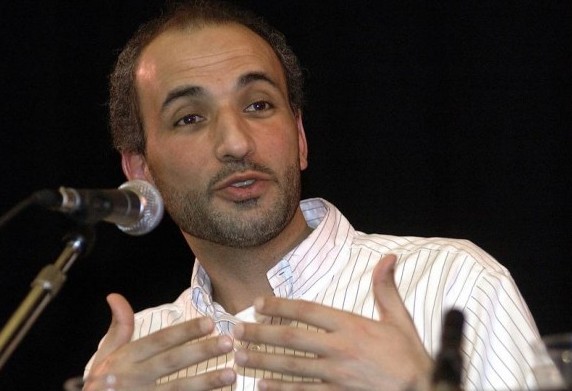 The last days of his rule were curious, almost as though scripted for television: carefully thought out, in apparent disorder yet orderly, while guiding us to the only possible outcome.

The young people, the demonstrators, all those who came out against the regime had adopted new forms of communication and mobilization—as did the power of the state.

It would be wrong to think otherwise.

His resignation was expected; representatives of the regime announced it twice, on the eve of his second public declaration, and once again on the afternoon of his third speech.

Yet each time the Rais confounded the forecasters.

The people’s feelings, the powerful emotions of the eighteen days resembled a gigantic yo-yo, complete with high hopes, deep despond, then even higher hopes that were again dashed, until final—and apparent—victory.

Elementary psychology teaches that emotional shifts, particularly when experienced by large numbers of people, can influence analytical capacity and make it impossible to maintain critical distance.

Now, it is time to pause, to think over all we have seen and what is ultimately at stake.

From a distance, the shifting position of the American government seemed to be following the same curve as the lack of control and the ignorance evident in high-level decision-making.

“History is unfolding” said President Barack Obama a few hours before Hosni Mubarak announced that he was staying on.

Once more the voice from Cairo dashed hopes of a rapid resolution in Washington.

The American administration was out of its depth?

Its mastery of Egyptian affairs far from certain: it had no choice but to accept and to recognize the people’s victory.

Not intervening, simply watching, and finally—and wisely—taking the side of the people.

However, developments taking place behind closed doors may well have been far less random than they appeared.

Emotions were powerful, poignant, vivid and intense, but the reality of conflicts and the high stakes they represent is far more circumscribed, measured and down-to-earth.

The conflicts and tensions within the command structure of the Egyptian army are well known; its close relationship with the United States has never been a secret.

The transition period that is now opening will prove to be more difficult and dangerous than the popular mobilization against the dictator Mubarak.

Even greater vigilance, lucidity and courage will be called for.

The military command has announced the dissolution of parliament, suspended the Constitution, and promised elections in six months at the latest.

The government, most of whose members are Mubarak appointees, continues to administer current affairs and supervise the transition. The regime has not fallen; the actors remain the same.

As for the most optimistic observers, they will remain convinced that the main goal has been reached.

But analysts—drawing on the lessons of history—will remain more skeptical.

There is every reason to believe that Egypt’s eighteen days, in addition to the coming period, have made it possible—and are still making it possible—to reframe the reform process, to re-evaluate the interests to be preserved and the objectives to be achieved; to satisfy some of the people’s aspirations and emotions, while protecting existing alliances, geopolitical and economic interests.

We have been witness to two Revolutions, seen masses on the march, become aware of young people and of new forms of global communication.

Media coverage that carried away people’s sense of commitment functioned, literally, as a “blanket”, as a deforming screen that obscured reality and masked key issues.

All praise to the people of Tunisia, and of Egypt (whose bloggers have been working to raise public awareness for nearly three years).

Their contribution to the awakening of their peoples has been incomparable.

Their calls for liberty and their mass demonstrations have brought about a break; have opened a path to freedom.

But we must remain lucid.

The powers that be are well aware of these developments.

To all those who believe that the American administration miscalculated, demonstrated clumsiness or could not keep up with events, we suggest that they would do well to re-evaluate the situation in the light of what has happened and what may happen in the coming days.

Egypt—like Tunisia—is still under tight control; the way in which power was successfully transferred points to a considerable grasp of communication (up to and including apparent errors in judgment exposed to the public in press conferences) and of the internal logic of the Arab world.

People must now be less emotional; the leaders of the opposition must be more vigilant and responsible.

These leaders must shoulder the critical—and historical—responsibilities that are theirs as these lines are being written.

Mobilization must always be an option.

But now, the primary task for Arab civil society is to create opposition platforms that reflect the multiplicity of political voices and ideological aspirations.

No longer is it possible to look on passively as the mass movement is diverted by lessened tensions, by the passage of time, by fulsome speeches and hackneyed declarations of principle.

From where we stand, the same basic recommendations mist apply: stay alert, to not confuse political promises or pledges of support for emerging democracies after thirty years of propping up dying dictatorships, with hard cash.

Several years ago, we called for the emergence of a new “We”, based on principles, values, demands for coherence and a sense of belonging to shared national ideals.

Now a fresh page of history is opening before us, ours to inscribe with the concrete and practical objectives of this new “We.”

Together we must now commit ourselves, freed from potential emotional deafness, and nourished by a realistic knowledge of democratic demands, so that our governments—in the West as in the East—can no longer divide us, can no longer manipulate us, are no longer able to convince us of differences that simply do not exist in our daily lives, and to undermine our hopes to be fully human.

After all the joy and relief it is time for lucidity, time to set up common fronts based on resistance and on reason.

Lucidity and perseverance must become the arms of our non-violent resistance.

Neither Tunisia nor Egypt is free or independent yet; mass mobilization in support of the revolutions unfolding before our very eyes must continue, inspiring our hope of more to come.