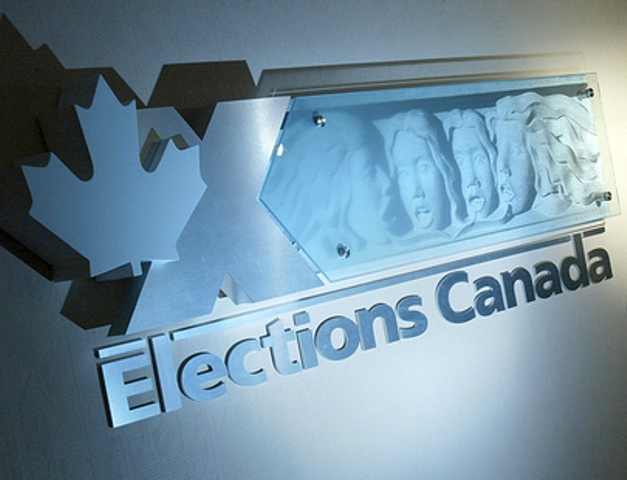 Elections in the recent past have failed to garner much excitement among the general public, particularly the young voters.

But there is much at stake in the coming elections.

The Harper government’s domestic and foreign policies read like the Bush doctrine.

We need to restore the Canada as we know it – a mighty, compassionate country with strong democratic institutions, an accountable, open and transparent governance, justice and equal dignity for all as its core values with a foreign policy staged from a moral high ground. All are at serious stake.

Elections are always important because they are the pith and substance of democracy.

And politics at its best is about conscientious commitment to serving the common good and the will of the people.

A political life that loses sight of such values is both deficient and morally flawed.

In elections, the public want nothing more than the opportunity to make informed decisions on issues that are important to them.

Instead of dancing around the issues, public discourse on issues during elections should be an open, honest and a meaningful process that eschews the shenanigans of ideological spin-control and concentrates on solutions.

What politicians owe the public is a full disclosure of the facts, not half-baked truths flown around to obfuscate the truth.

The discourse and etiquette of electoral politics remain unchanged.

It has become customary for many citizens, who are well aware of their civic responsibilities, to refuse to participate in an electoral process characterized with high-profile mudslinging, ‘vote-getting promises’ that are laid to rest ‘the morning after’ and a continuous saga of political corruption of unimaginable magnitude.

These people genuinely feel betrayed by those who promised to serve them with integrity.

And this may be the reason why elections have failed to attract a substantial segment of the electorate, particularly the younger generation.

We all sense how tempting it can be, especially in an election season, for the short-term, the negative and the self-serving to dominate the political stage, for the political spotlight to focus less on what is in the long-term interests of us all than on what can inflict the maximum short-term damage on political opponents.

It goes without saying that such noxious practices, which have become rites of passage in the arena of politics, do not serve the best interests of society which we all share.

During an election season a considerable amount of double-speak is put on display, eroding in the process the moral foundations of democracy as a touchstone of political legitimacy.

Although we are fortunate to live in a democracy that guarantees our freedom, we need to be always mindful of the fact that democratic freedom is not freedom from responsibility but rather a freedom with responsibility.

Truth and public honesty — especially if it is unpleasant — are far more impressive and reflective of a candidate’s moral strength, mettle and confidence than his skills at sidestepping the truth and circumventing substantive issues.

Honesty is not only the best policy, it should be the only policy; for the rest is intrigue and deceit — hardly the bases for a successful democracy.

Elections are the sum-total of our aspirations.

They are about the expression of choices, about hope and about the opportunities for a secure and better future.

Elections are not about what Big Business wants, but about the social and economic well-being of the people, including those who are marginalized – the shelter-less, the many deprived families living under sub-human conditions – and about a clean and healthy environment.

But democracy implies a faith in the people.

A real democratic society is one in which people have a sense of community, of relatedness, and in which mutual liking and trust flows between them like a thousand invisible threads so that individuals feel they belong together with no need to be watchful, competitive or tough.

Democracy is not only about the will of the majority.

It is, above all else, about the eternal and ceaseless burning human desire to reach the sunny uplands of a moral and compassionate political life.

Stephen Harper is secretive, deceitful and lacks integrity to be the leader.

He holds the parliament and the democratic institutions in contempt.

His disregard for the electorate, the people of Canada is unprecedented.

We need to get out and vote as the future of democracy in Canada is at stake.