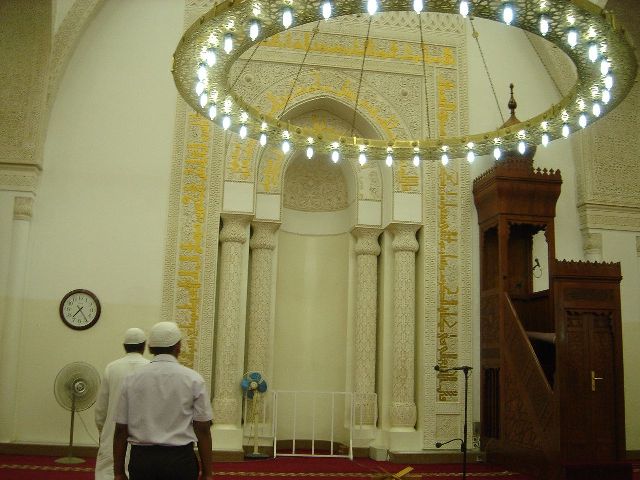 (February 18, 2011) – Following the invasions of Afghanistan and Iraq, some Saudi imams during Friday sermons have increasingly directed their anger toward non-Muslims, singling out Jews and Christians as responsible for the destruction resulting from these wars. It hasn’t been a conscious effort to demonise people of other faiths but, like in other parts of the world, passions run high when a community perceives itself in danger.

These sermons are one of the biggest challenges to the Saudi government, which is trying to change some conservative ways of the Kingdom.

Sadly, this kind of rhetoric is no longer restricted to congregations at the local mosque. The image of the Kingdom is tarnished when exhortations of hatred against entire groups of people are broadcast worldwide with today’s instant access to information through Internet.

Historically, supplications against non-Muslims were off-limits and contrary to Islam. The Prophet Muhammad said he was not sent to people with the message of Islam as a preacher of curse but as a man of mercy. In fact, Muslims are advised to show kindness to non-Muslims who don’t oppress or terrorise the Muslim community. According to the Qur’an, “God forbiddeth you not those who warred not against you on account of religion and drove you not out from your homes, that ye should show them kindness and deal justly with them. Lo! God loveth the just dealers” (60:8).

Sheikh Abdul Aziz bin Fouzan Al Fouzan of Saudi Arabia is the latest religious scholar to add his voice to the discussion by asking imams to take a time-out. “These supplications are an aggression against non-Muslims,” Al Fouzan recently told the Jeddah-based, English-language newspaper Arab News. “This is against the spirit of Islam. The imams should instead pray to God to guide them toward the path of righteousness.”

The words of local imams carry considerable weight among their worshippers, many of whom have minimal formal education in Islamic studies and regard the preachers as the final authority on the true path of Islam.

King Abdullah is sensitive to Saudi Arabia’s image, but more than simply hushing imams for their intemperate sermons, he has taken steps to reach out to other faiths. He met with Pope Benedict XVI in 2007 and in 2008 held a conference in Mecca to urge Muslim leaders to join Jews and Christians to speak with one voice of unity, tolerance and a commitment to interfaith dialogue. This is the real Saudi Arabia and the essence of Islam.

In the same spirit, King Abdullah spearheaded the creation of the King Abdullah University of Science and Technology (KAUST), which permits men and women of different faiths to work and study together in classrooms. With KAUST, the King has abandoned the traditional approach to Saudi education by attracting Muslim and non-Muslim students and faculty, and employing the Western university curricula and model. Although the source of much debate in Saudi Arabia, KAUST served as an experiment in tolerance as students and instructors of different faiths leave behind religious barriers to work together.

The contradiction between the rhetoric of some Saudi imams and King Abdullah’s goals is perhaps best exemplified by the large numbers of Saudi university students attending Catholic, Methodist and Baptist universities in the United States. Even secular British universities with Christian principles ingrained on campus attract thousands of Saudi students because of their superior academic programmes and respect for religious values that are not that different from those in Islam.

To my ears, as a Saudi journalist based in London, there is little difference between the intolerant sermons of some conservative Muslim imams and those of certain conservative Christian preachers in America. I was raised as an independent and critical thinker, but common sense tells me that what is said from the pulpit, whether in Saudi Arabia or the United States, often bears little resemblance to the goals of governments and what is in the hearts of people, like tolerance, is rarely reported by the media.

I no more consider the United States government “anti-Muslim” than I do Saudi Arabia “anti-Christian”.

Those imams who point to Afghanistan and Iraq as examples of Christian transgressions must realise that issuing invectives accusing an entire faith of having lost its way, and portraying its followers as enemies of Islam is contrary to Islam’s message of peace and tolerance. And it is in no way helping improve the image of their country as a bastion of Islam that seeks good relations with all the nations in the world, whether Muslim or non-Muslim, as demonstrated by King Abdullah’s recent initiatives.

* Sabria Jawhar writes for The Huffington Post and Arabisto.com, and previously served as Jeddah Bureau Chief of The Saudi Gazette. This article was written for the Common Ground News Service (CGNews).