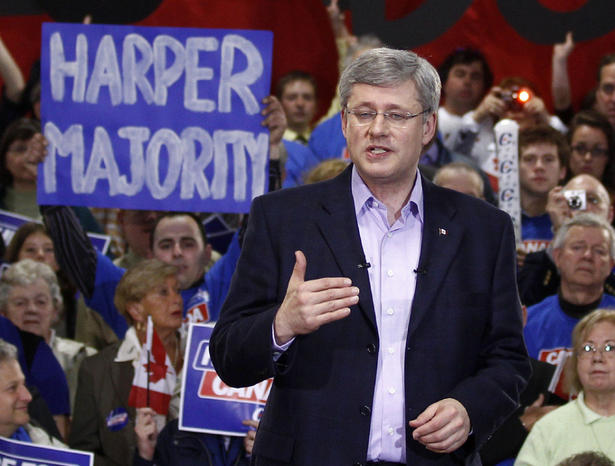 (May 2, 2011) – The Conservatives win a majority in today’s Federal elections and the New Democratic Party came in second, taking over as the official opposition.

The Liberal party was relegated to third place, the first time in Canadian history that the party has been in this position.

The Bloc Quebecois was almost wiped out in Quebec with the NDP picking up the most seats in the province. The Bloc’s leader, Gilles Duceppe was defeated in his riding and announced his resignation as party leader.

There was a meltdown of the Liberal party in the Greater Toronto Area with the Conservatives poised to win 30 of 44 seats.

Many high profile and long serving Liberal MPs lost their seats in the GTA, including Liberal party leader, Michael Ignatieff.

Liberal incumbent Rob Oliphant lost in Don Valley West, a riding that has one of the largest Muslim communities in Canada.