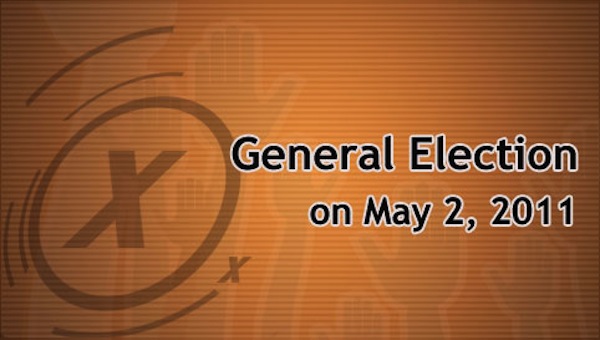 Wilcock’s reprimand of John Carmichael came after the Conservative had referred to the Muslims in his riding as ‘these people’ and ‘these folks’.

Don Valley West is a highly contested urban Toronto riding where the Liberal incumbent, Rob Oliphant, won over the Conservative by less than 3,000 votes in the last election.

The riding is a mix of high-and low-income neighborhoods. The current Conservative candidate, businessman John Carmichael is running for the third time.

Earlier on the program, Oliphant and Carmichael sparred over support from the sizable Muslim community.

Conservative John Carmichael announced that he was supported by the riding’s Muslims through the Flemingdon and Thorncliffe Park Muslim Association (FATMA), an endorsement that is prominently featured on his web site.

Liberal Rob Oliphant responded that the group (FATMA) came out of nowhere and, contrary to his opponent’s assertions, every significant Muslim organization has endorsed him.

At a meeting held on April 15 at Cypriot Community Centre in Thorncliffe Park, a group of Muslims of Don Valley West had also announced their endorsement of Rob Oliphant.

Don Valley West is a riding to watch on election night.