(July 22, 2011) – All Muslims and their families should be heading out to MuslimFest in Mississauga this weekend. 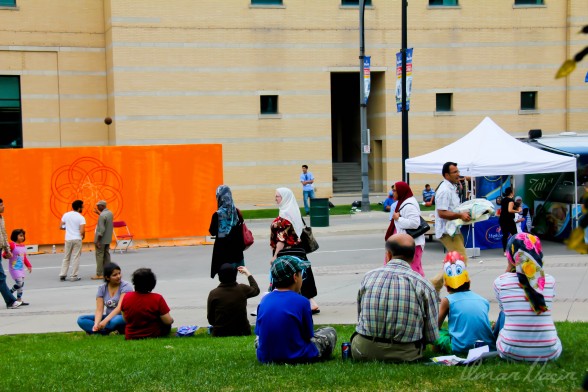 The festival comes at a time when Muslims have been cast in a negative light with the unwarranted prayer accommodation controversy at a Toronto school.

Once again, provocateurs are trying to portray Islam as a regressive religion and Muslim youth as embracing a lifestyle that is disconnected from Canadian values.

MuslimFest, an entirely youth-run event that is in its 8th year of operation, is the best response to this incorrect portrayal of Canadian Muslims.

It showcases the best in Muslim arts and entertainment and the lived reality of the community – a community that is proudly Canadian and which strives to be faithful to their religious values.

The event will feature over 50 artists who will showcase their talents in various areas.

There will be a musical concert featuring popular Muslim artists, comedy shows, a film festival, an art show, a multicultural bazaar, and a kids carnival and, of course, an opportunity to experience the diversity of Canadian Muslim community.

As the organizers state, “We believe in education through the language of art, humour, and meaningful entertainment; something that we feel can break through even the toughest cultural barriers.”

MuslimFest is the premier Muslim festival in North America and one of the events, along with RIS, that define the Greater Toronto Area as the region with the most vibrant Muslim community on the continent.

Muslims need a confidence boost – bring out your families, especially your children and youth, to MuslimFest this weekend to experience this wonderful celebration of Canadian Muslim life.