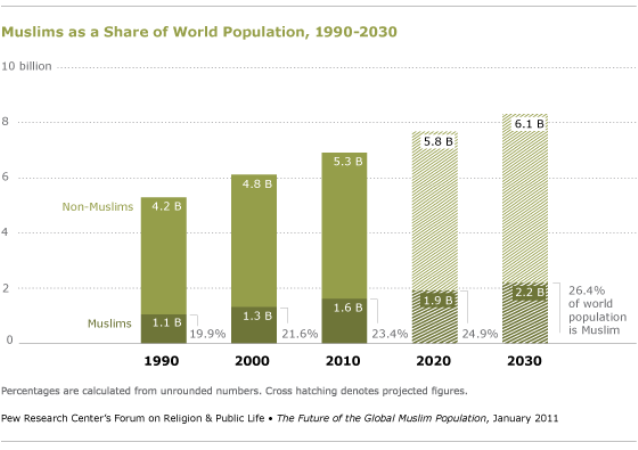 Argentina is expected to have the third-largest Muslim population in the Americas, after the U.S. and Canada.

The full report, which includes an executive summary, interactive maps and sortable data tables, is available on the Pew Forum’s website.