Over 20,000 people showed up at Toronto’s Metro Convention Centre this past weekend to listen to leading Muslim scholars, personalities and artists.

Ticket sales to the convention were closed on Saturday evening as the facilities reached its capacity. 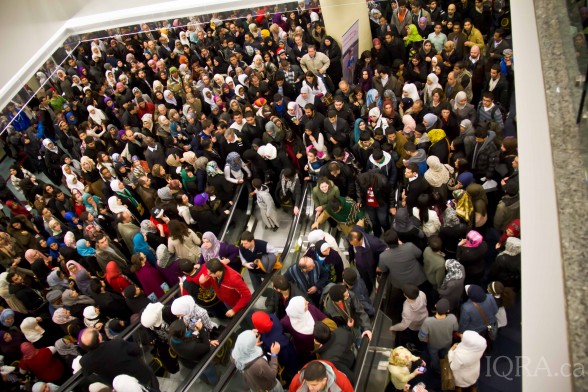 Overflow rooms with TV screens were setup to handle the large crowd that showed up for the annual gathering which was celebrating its 10th anniversary.

“Attendees joined us from across the globe and are sure to leave motivated and inspired,” said Farhia Ahmed, the convention’s Media Relations Director.

“From lectures to performances, the bazaar to the food court, there was a lot for family and friends to do,” added Ahmed. 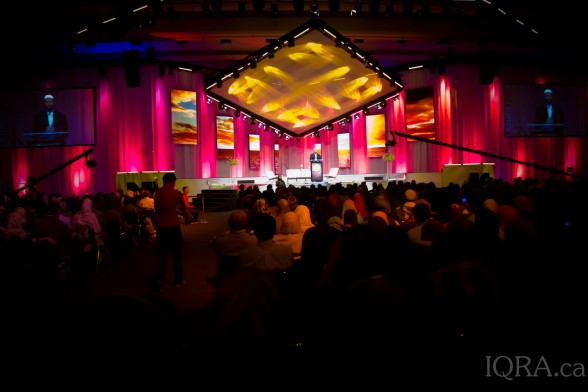 The theme of the convention, “Control, Chaos or Community: Three Ways, One World, Our Choice”, was chosen to address the many challenges plaguing humanity today beyond the confines of cultural, religious or intellectual divides, according to the organizers.

“Over the years, convention themes have made an effort to address issues over extremism and encourage young Muslims to become engaged in their communities,” Fouzan Khan, the convention’s founder and director, told IQra.ca.

An impressive lineup of speakers from around the world addressed the gathering on topics ranging from faith, spiritual and family issues to the environmental crisis and the Arab spring and Occupy movements.

Dr. Tawfique Chowdhury, a well-known Australian scholar, urged the attendees to renew their connection with God. 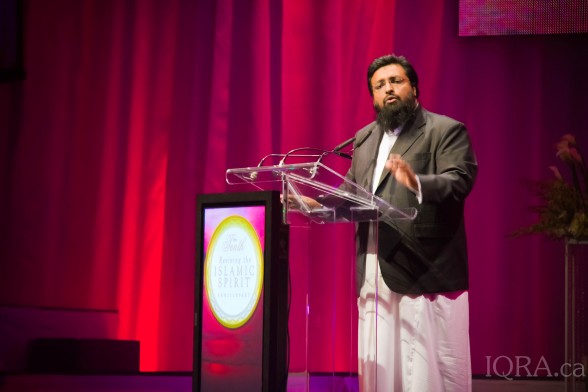 “If you truly love Allah, Allah will love you,” said Chowdhury. “Prefer Allah and what He loves over what you love.”

“Always think about Allah’s mercy and forgiveness,” he added.

Shaykh Mishary Al-Afasy, a world renowned Qari from Kuwait, proved to be a crowd pleaser with his Qur’anic recitations. 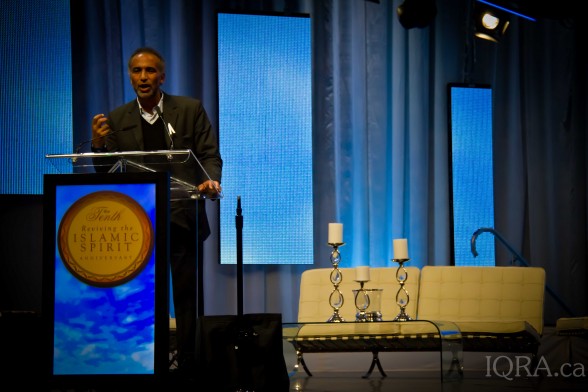 “Allah is asking for you to change yourself – be a part of those who are reforming the world,” said Professor Tariq Ramadan. “Don’t shape your life by what they say but by what He expects.”

The message of working on personal transformation was also given by Yemen’s Habib Ali Al-Jifri. 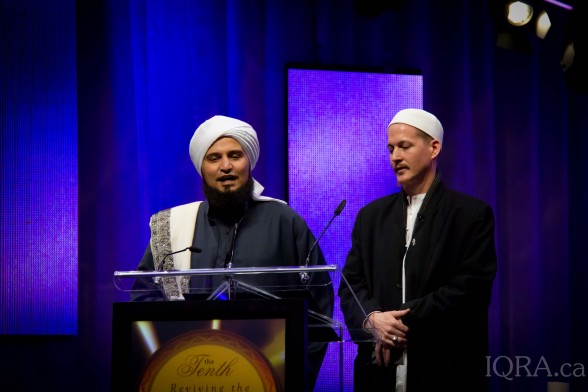 “All problems that exist begin and are rooted in the problems of the self – change yourself,”   said Habib Ali Al-Jifri.

South African scholar, Shaykh Sulaiman Mulla, urged the audience to actively engage with the Qur’an to bring about this change and to do so without delay. 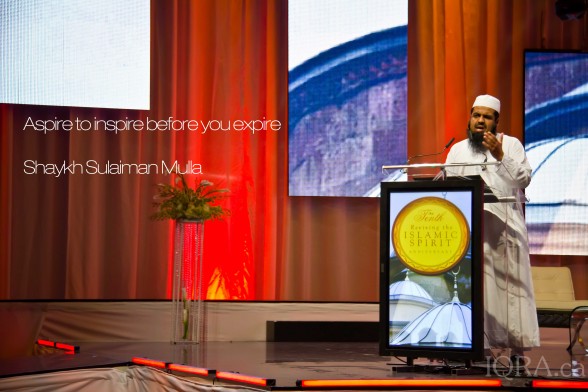 “Allah tells us repeatedly in the Quran to ‘reflect deeply’ – do it,” said Shaykh Sulaiman Mulla. “Aspire to inspire before you expire.”

The need to be socially conscious and active in civic projects was emphasized by other speakers. 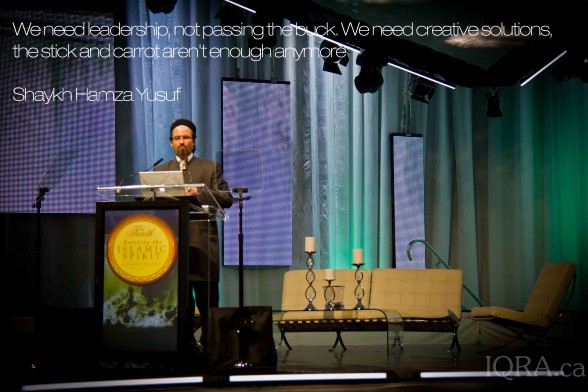 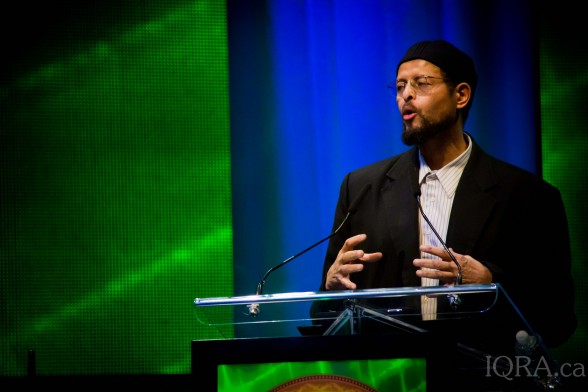 “Every believer should be a source of benefit,” said popular American Imam, Zaid Shakir. “Be strong; be independent.”

The environment took centre stage in a Saturday evening address by Dr. Seyyed Hossein Nasr, one of the most important and foremost scholars of Islamic, Religious and Comparative Studies in the world today. 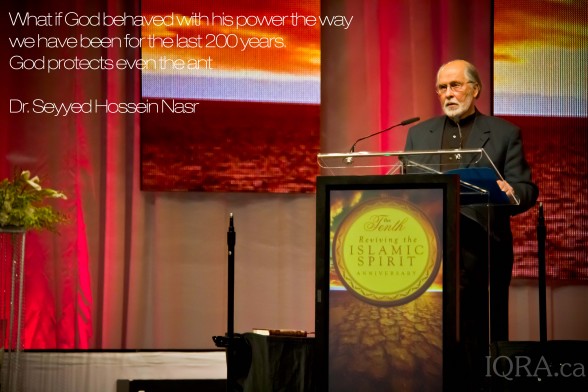 “What if God behave with His Power the way we have been for the last 200 years,” Dr. Nasr said to the gathering. “God protects even the ant.”

“God has created the world in such a way that nature will have the last word,” added Dr. Nasr. 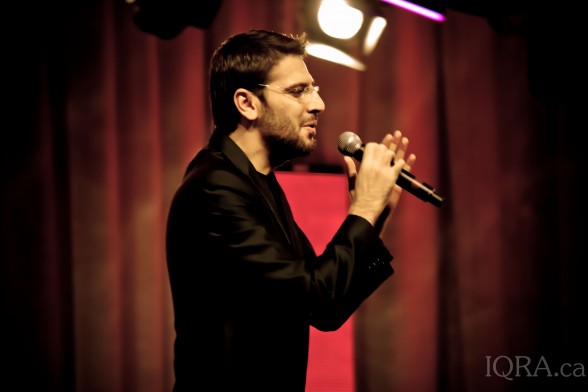 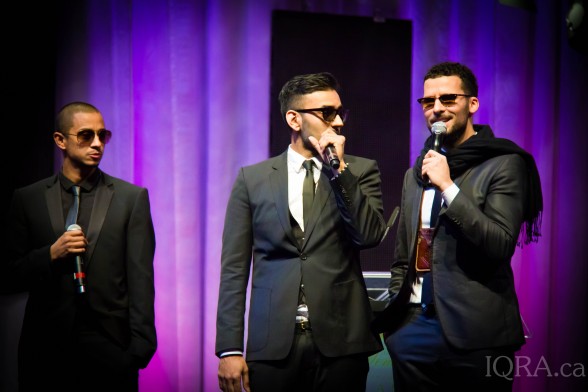 “With many Canadian Muslims contributing to the fabric of the Canadian society, this popular convention has inculcated the foundation for faith while being able to incorporate the balance to contribute positively as Canadian Muslims,” Fouzan Khan told IQra.ca.

A recent report from the Washington-based Pew Forum on Religion & Public Life said that Muslims are expected to make up 6.6% of Canada’s total population in 2030, up from 2.8% today. Click Below

The Reviving the Islamic Spirit 2011 Grandsouk