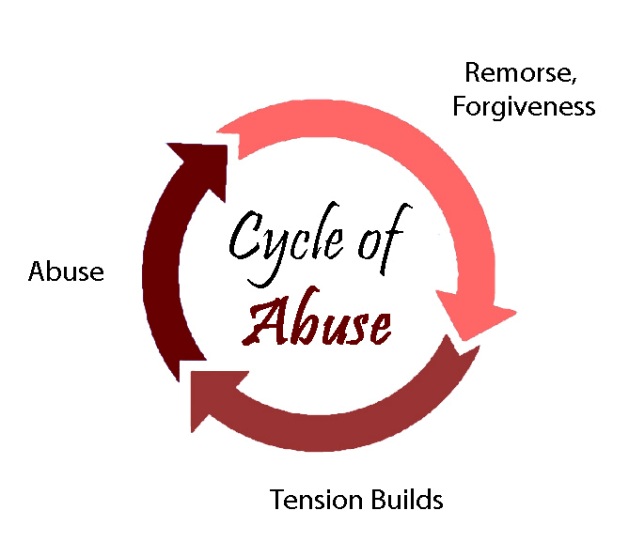 (May 7, 2011) – For as long as she can remember, Fatima remembers the loud voices coming through her bedroom door while she pretended to be asleep in her bed.

She remembers the screams and the tears.

They haunt her even today… the sheer sound of a raised voice startles her.

As a child, she remembers being extra careful to ensure that things were always perfect.

She recalls promising her grandfather that she would take care of her mother….knowing very well that she was a child that was suddenly given the responsibility of being caregiver….something she inherited from the elders in the family, who were unable to intercede because of a false sense of culture and family respect and honor.

They say physical abuse is what really requires interception but words hurt and the bruises that result are much deeper than those that appear on the surface, though both are unacceptable ways to treat a spouse or family member.

Life, for Fatima, has been a rollercoaster and there are times when things seems to be normal, perhaps for a few hours or even a few days, but it only takes one incident to dip down into the valley yet again – such as a small oversight on her mother’s part, such as not tying the garbage bag before going to bed or leaving the light on at the end of the day only to discover it the next morning.

That one oversight sets the tone for the rest of the day and the interactions that will result from Fatima’s father.

An anger ridden man with no tolerance for anything but perfection, he has a warped sense of perfection that no one can seem to achieve no matter how hard they try to.

The words used to describe her mother and her faults are disrespectful to say the least.

Respect is a word that holds absolutely no value in Fatima’s household and in particular to the spouse.

One can only hope that they see a smile or hear a word of pleasure, but the thought and actuality of that occurring is quite rare.

Fatima can’t forget the way her mother eagerly waited, day and in and day out, for him to arrive and for her to listen to his day and to share the children’s stories and experiences throughout the day.

But that was far from the reality. The moment the door opened, the screams and shouts began – awful words, profanity which has now become a normal way of life.

And then slowly over the years, the eagerness turned into resentment and now there’s just a void, a dead silence, as if there’s no reason to care.

The words, now internalized so deeply that few can help her understand that she isn’t what she’s called or learned to believe that she is.

And now the constant tears, looking towards her children for comfort, the roles have reversed and remain that way.

And the story continues -the hand-me-downs of abuse, and tomorrow, will she be like her mother?

Will she end up in the same situation?

It is experiences like these that make Fatima wonder if marriage is even an option, where trust, respect and mutual love and affection are simply a fantasy in a fairy tale.

The reality in many households is far from that.

Why then should we subject ourselves to such disrespect and pain?

Dear God, give us all the strength to break the cycle of abuse.

The realization that abuse affects one person and not an entire family and an entire generation is completely false.

A familiar story in many homes – but when will it end?

Woman, Mother, Sister, Daughter, If only you understood, it’s your choice; you are capable, beautiful, smart and able to do so much better.

If only you understood.

Your children and your family will stand by you, no matter what; the question is, how much more are you able to endure, simply with the hope that love will one day come out of that mouth?

The step to recovery is difficult, but not impossible.

Your options are many.

Just reach out and give it try.

Please, don’t hand it down.

Break the cycle of abuse, only you can!

*Farheen Khan is a community activist, writer and consultant (specializing in engaging diverse communities and resource development). She is a graduate of the CITY Leaders program through the United Way of Greater Toronto and is a graduate of the Maytree Foundation’s “Leader for Change” program. She is the author of  “From Behind the Veil: A Hijiabi’s’ Journey to Happiness.”  Her website is www.farheenkhan.ca