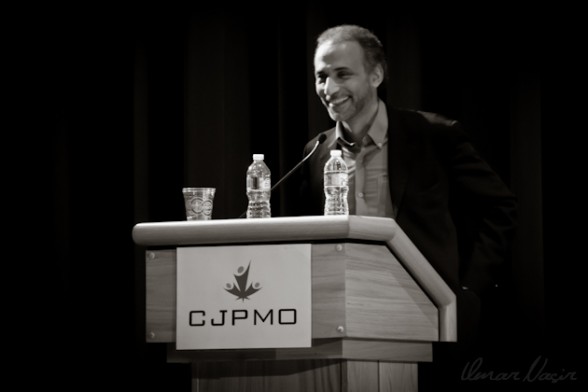 (July 19, 20110) – The uprisings in the Arab world and North Africa were driven by citizens who share the same values as people in the West, according to Professor Tariq Ramadan.

“They were not Islamists but Muslims who are sharing the same values as us in the West,” he said.

Ramadan made the remarks during a lecture on Thursday, July 14 at the Canadian Museum of Civilization in Ottawa.

Tariq Ramadan is Professor of Contemporary Islamic Studies at Oxford University, a visiting Professor in Qatar (Faculty of Islamic Studies) and President of the think tank, European Muslim Network (EMN) in Brussels.

He said that the majority of citizens who took part in the Arab spring uprisings want to have governments that embody the values of freedom, democracy, universal suffrage, individual rights and justice.

The lecture titled, The Arab Spring and the West: Actions and Expectations, was organized by Canadians for Justice and Peace in the Middle East (CJPME).

CJPME was established in 2002 “to foster justice, peace, prosperity and security for all peoples of the Middle East,” according to the organization’s website. 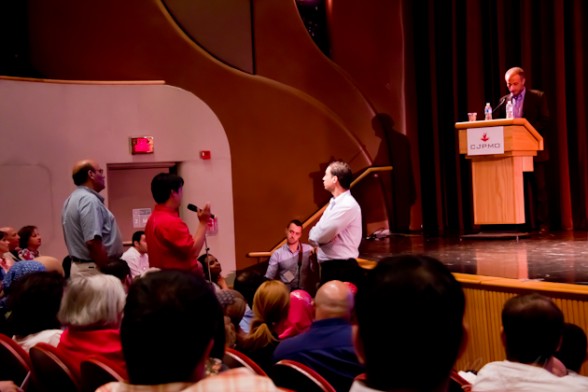 Professor Ramadan said that he is ‘cautiously optimistic’ about the Arab Spring uprisings and cautioned the audience that the situation is complex.

“We should not be obsessed with political factors only but look at the economic factors,” he said.

He also thinks that the Islamist groups, such as the Muslim Brotherhood in Egypt, are going through their own internal uprisings as younger members are challenging the older leadership.

Professor Ramadan advised that the first obligation towards the oppressed peoples in the region is to study their situations and form an ‘intellectual alliance.’