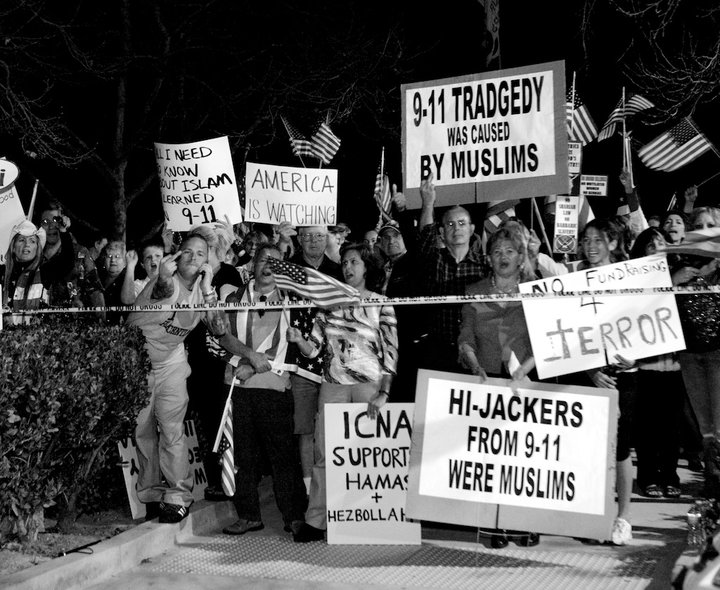 (Mar 05, 2011) – The Greater Los Angeles Area office of the Council on American-Islamic Relations (CAIR-LA) released a video this week of a rally organized by anti-Muslim bigots to protest a February fundraising event held by an American Muslim relief group for relief work and charity in the U.S.

A few hundred protesters showed up to the rally, which was sponsored by groups such as: “We Surround Them OC 912” (a local Tea Party group), Rabbi David Eliezrie of Chabad – Yorba Linda, North Orange County Conservative Coalition, ACT! for America, and Pamela Geller (whose group “Stop the Islamization of America” has been designated as a hate group by the Southern Poverty Law Center).

The Muslim group, Islamic Circle of North America Relief USA, said it was trying to raise $350,000 to start social programs establishing women’s shelters and fighting hunger and homelessness in the area, according to the Orange County Register.

In a statement, CAIR-LA said:

“As the video shows, the rhetoric of the protesters became increasingly venomous toward the families and children who came to attend the ICNA Relief fundraising dinner. Protesters shouted invective statements such as “Go home terrorist,” “Muhammad is a pervert, Muhammad is a child molester,” “Go home and beat your wife, she needs a good beating” at the event-goers.

“We strongly urge all elected officials in attendance to distance themselves from such an exhibition of hate and bigotry. We further ask residents and elected officials of Yorba Linda, Orange County and other parts of our nation to speak out against such hateful rhetoric and the continued Islamophobia that plagues our nation.”

The Video Statistics Shown Below as of March 4 2011 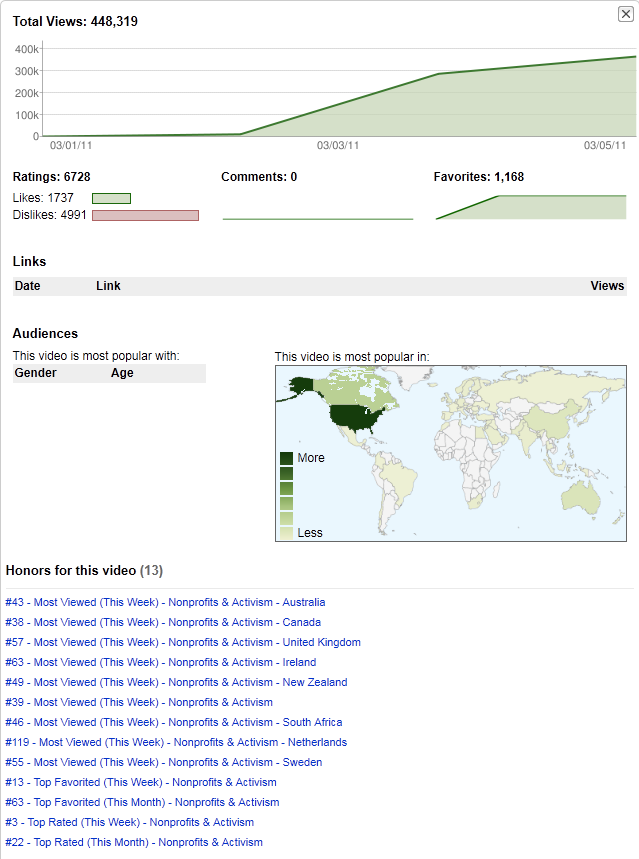