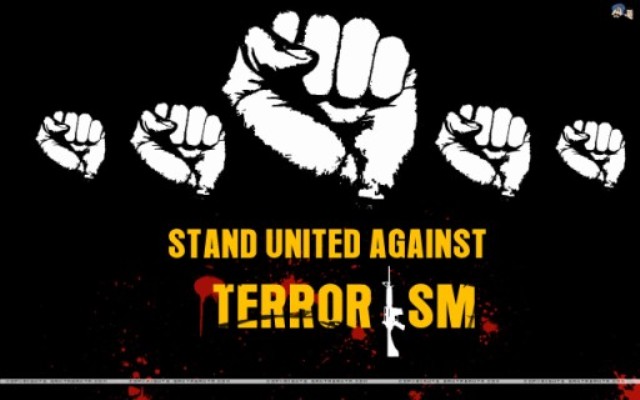 Upon seeing news of another terrorist attack, I would simply change the channel. That is, until 5 October 2009, when I received a phone call that would change my life forever. The caller said that there had been a bomb blast in the office of the UN agency in Islamabad where my wife Gul Rukh worked.

I do not remember whether I drove, or how I reached the office. All I know is that somehow I got there. But there was nothing to see, and no one to meet.

Someone told me that Gul Rukh had been taken to the medical centre. Driving there in a daze, I began asking myself the eternal question people in such situations ask: “Why us?”

My name is Tahir Wadood Malik, a retired Major in the Pakistan Army. My career provided me with a comfortable lifestyle, and I considered myself to be part of Pakistan’s “privileged” society. In many ways I felt aloof from many of the everyday people of Pakistan.

Upon reaching the medical centre, I stood surrounded by chaos, until a doctor took me to a gurney covered in a white sheet. Lifting it, I saw the face of Gul Rukh, drawn of all colour, lifeless.

As I stood there, numb and glued to the floor, I heard a scuffle. Looking up, I saw a hospital staff member pushing a television camera man away from near where I was standing. He’d been filming the chaos in the hospital as well as my reaction, and I realised that I had become the nameless, unknown face on the television that was shocked and stunned from the carnage of a terrorist attack. I was that “common” Pakistani no one really wanted to see.

Before midnight, the burial was done and people had dispersed. I was left alone to brood and to feel angry, depressed and drained, unable to think clearly about what had happened.

As days went by, I felt increasingly alone. There was no one to talk to. For many in Pakistan, grieving is a silent, personal matter, and most people are resigned to loss being the will of God. However, while people’s responses to loss may seem similar, there is no typical response to loss, maybe because there is no typical loss. Our grieving is as individual as our lives.

In the days that followed, there were more terrorist attacks and I felt myself drawn to these places. Talking with the survivors made me realise that we could empathise with each other because we shared a loss that others could not identify with.

What could be done for others who’d suffered so gravely? I had the opportunity to meet other survivors of terrorism from across the globe in Amman, Jordan when I was invited to attend the opening of a park dedicated to the memory of the 2005 hotel bombings there, which led to the deaths of 60 people and injured 115 others.

This collaboration of terror attack victims from around the globe gave me the direction I needed to channel my frustration and helplessness into helping my fellow Pakistanis. Upon my return to Pakistan, I started talking to more survivors and victims, and gave presentations to college and university students to raise awareness about what happens to family and friends in the aftermath of such attacks. We then founded the Pakistan Terrorism Survivors Network to help victims and survivors of terrorism, and let them interact, console and empathise with each other.

In talking with others, I learnt that while forgetting is impossible, we can all learn to forgive. I ask others in my situation to make an effort to do so too.

But if I ever had the chance to encounter someone who was considering becoming a suicide bomber, I would ask them just a few questions: have you actually read what the Qur’an says about such actions, or are you just listening to an ideologue? Do you know that the Prophet Muhammad abhorred violence? And, finally, how can you reconcile the fact that, one day, someone else may commit the same kind of attack, leaving your family member injured or dead?

We victims and survivors are certainly not “common”. We have suffered through a loss so traumatic that many others will hopefully never have to understand or share. I hope our voices speak loud enough to resonate with young, confused extremists and their sympathisers, impressing upon them that their actions will not achieve anything except pain, loss and destruction.

* Tahir Wadood Malik is Founder of the Pakistan Terrorism Survivors Network, which aims to provide terrorist attack survivors and victims’ families the support they need to express their grief, share the burden of loss and know they are not alone. This article is part of a series on the consequences of terrorism written for the Common Ground News Service (CGNews).