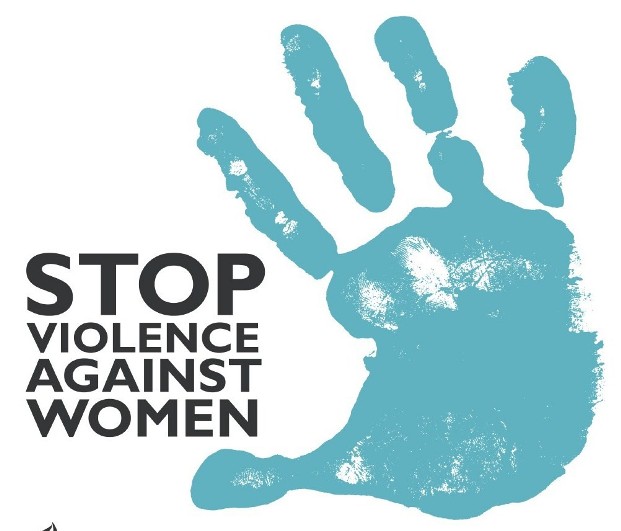 (March 23, 2011) – As I stand in line at the nearby Tim Hortons for my morning coffee, I see the faces of many women in the line and behind the counter.

I watch one woman, in particular, among the crowd of faces at the counter.

She prepares a new pot of coffee while staring out into the distance.

I see puffiness on the right side of her cheek, almost gone now, but which was, until last week, bruised with her husband’s fist.

The woman who is standing in line in front of me now, holding 3 cups of coffee while her husband just stands there watching.

As the folder with some bills falls out from under her arm, the first words that come out of his mouth are, “Are you dumb? Pick those up now.”

Then, as she struggles to put the coffee cups back on the counter he says, “Yes, she’s crazy – now everyone knows it.”

And she meekly concurs after having internalized such treatment over the years.

At the bank, as I stand in line, I overhear the comments of an older woman who see the young female teller leave her seat to assist an elderly gentlemen with the bank machine.

She says to the man standing in line behind her, “See that! She’s wearing tights with her dress shirt, there’s no place for that here; if something happens to her, she’s asking for it, don’t you agree?”

And the man concurs.

Small incidents, but so telling of the situations that we deal with, each and every day.

The teenager who blasts music in her room to drown out the sounds of her father shouting at her mother.

A tradition in the house that is all too familiar but which fills her with fear whenever she gets close to considering any man in her own life.

The fear of living her mother’s life with a man who disrespects her and, who at every moment, drills into her how useless and incompetent she is.

The man sitting at the next table over to me ridicules his wife in front of his peers because she had another craving during her pregnancy and he told her to shut up and go to bed.

A walk down the street the other night with some friends, while 3 elderly men stand on the side of the street staring at us, up and down, causing us to increase the pace at which we walk back to our cars.

It’s moments like these that make us wonder when the injustice will end.

I was recently asked on a blog radio show, American Muslim 360, if violence against women is a mental illness.

My answer to the host was no – it’s about power and control.

The truth is women are fundamentally disrespected, in so many ways, and violence against women continues to prevail in a patriarchal community of which you and I are all a part of.

The question is how do we shift the way in which women are being treated?

How do we respond to this ever growing need of eradicating violence against women?

How do we empower our women to speak out and speak up, in ways that allow us to support them and alleviate barriers that make it more difficult for them to get out?

Statistics show that 2 out of 3 women experience sexual violence in Canada.

1 out of 7 women experience domestic violence and/or spousal abuse.

These are our sisters, mothers, grandmothers, daughters, aunts and ….

What are you doing to make a difference?

Let’s not be silent about this anymore!

We each have a voice.

We each have a story to tell, share it…speak out…