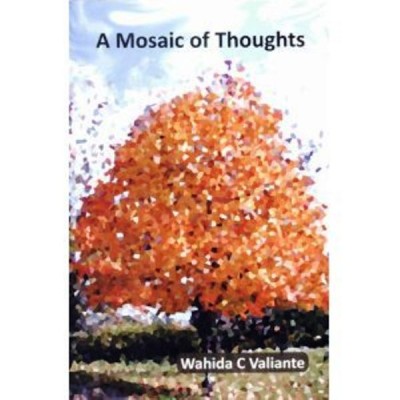 This powerful and absorbing volume of topical and timely writing offers a unique perspective on contemporary life amid the vibrant mosaic that isCanada.

Wahida Valiante is the National President of the Canadian Islamic Congress.

Through her essays, editorials, feature articles, speeches, reflections, analyses and reports, Mrs. Valiante not only takes the pulse of what being Muslim means in one of the world’s most diverse and tolerant societies, but also extends her acute skills of observation outward into the Ummah, or global community of Islam.

While many items within the pages of A Mosaic of Thoughts have been published previously, each was chosen because it retains the original vigorous urgency that sparked its creation, whether two years or two decades ago.

Rather than disappearing into the anonymous clutter of yesterday’s news, these writings send strong, thought-provoking, inspiring, and sometimes sombre messages about issues and problems that are often far from resolution, yet replete with creative opportunities for a new generation of mindful readers and thinkers – Muslim and non-Muslim alike.

Valiante was born in Kashmir, but grew up inEnglandand immigrated toCanadain 1961.

She is a professional family counselor and therapist, holding degrees in both Psychology and Social Work fromYork Universityand the University of Toronto.  She is widely known as an authoritative and compelling writer, speaker and leader.

In 2010, she was singled out by the Royal Islamic Strategic Studies Centre (RISSC) as one of the World’s 500 Most Influential Muslims.