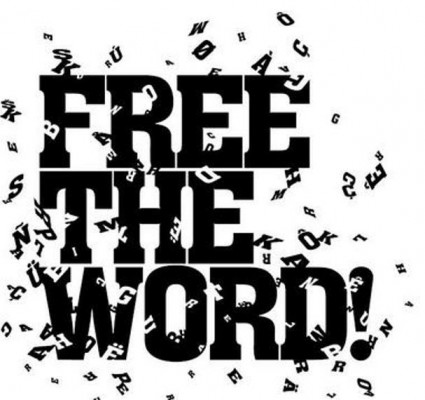 At a panel held in conjunction with the Human Rights Council meeting in Geneva last week, writers and free-expression advocates from around the world today warned of the potential harm of imposing legal restrictions on expression considered offensive or defamatory to religions, arguing that such restrictions not only would do little to foster mutual understanding and respect, but also could easily be used to stifle creative freedom and suppress minority views and religions.

“Human rights are attached to individuals, not to states or organized groups or ideas,” said International PEN President John Ralston Saul, who chaired the two-hour session entitled Faith and Free Speech: Defamation of Religions and Freedom of Expression. “When governments attempt to limit the rights of citizens, they are not seeking to protect faith or belief. They are seeking increased power over the citizenry.”

The program, hosted by International PEN and co-sponsored by the Norwegian and American PEN Centers and Index on Censorship, the International Publishers Association, and Article XIX, presented the views of writers from a wide range of countries and religious traditions.

Saul was joined on the panel by Agnes Callamard, Director of Article 19, Swiss-born and Oxford-based Islamic scholar Tariq Ramadan, and Budhy Rahman from the Asia Foundation in Indonesia.

All of the participants echoed Saul’s message that individuals have an absolute right to practice their religion freely and without discrimination or threat of violence, and that prohibitions on religious defamation are not an effective means to reduce bigotry or religious hatred.

As Nigerian poet and playwright Wole Soyinka told the audience, “Many countries already have laws against hate and hate preaching, and I think that’s already enough to guide the citizens about what is required for harmonious existence.”

“We are at a critical juncture,” said Agnes Callamard, executive director of Article XIX. “There had been a decrease in support for prohibitions on religious defamation here at the U.N. But recent events—the Florida pastor’s plan to burn copies of the Koran, bans on wearing the veil in Europe, the ban on the construction of minarets in Switzerland—mean there is again pressure to entrench this concept in international law.”

Callamard suggested that “instead of heavy, blunt instruments of censorship and the negative interventions of states, we need positive and balancing measures.”

Buhdye M. Rahman, from the Asia Foundation in Indonesia, pointed to Indonesia’s experience with such laws. “The U.N. resolutions on defamation of religion are incompatible with the fundamental freedoms of individuals to peacefully express their thoughts, ideas and beliefs,” he said. “Measures prohibiting the defamation of religion punish the peaceful criticism of ideas and disfavoured political or religious beliefs. We need more concrete dialogue.”

Tariq Ramadan, currently a professor of Islamic Studies at Oxford University, agreed that the question is how to respond to emotional issues without recourse to more restrictive laws. “We must open closed circles. The dialogue should be not only with religious groups but with agnostics, atheists etc., in the surrounding society, not just an ivory tower of specialists. We need education. We need a balanced, nuanced approach that does not undermine universal values.”

Ghanaian-born scholar and writer and PEN American Center President Kwame Anthony Appiah pointed to what he called “the current climate of hostility towards Islam in the United States” as an example of a situation where laws restricting religious defamation might seem warranted. “But what would happen if we had such laws?” Appiah asked. Using such laws against individuals fermenting Islamophobia in the U.S. would just turn them into martyrs of free expression, he warned.

“We are not going to create respect for Islam in the United States by locking up people who speak disrespectfully about Islam,” Appiah insisted. “We are going to create it by working to remind everyone of our fundamental values of respect and of the equal dignity of human beings, whatever their religion.”

Appiah, Soyinka, and Chilean-born novelist and playwright Ariel Dorfman and Iranian-born scholar and writer Azar Nafisi all expressed apprehension about placing the power to judge what constitutes defamation of religions in the hands of the United Nations and of government officials around the world. “I worry about a situation where an international governmental organ like the U.N. takes it upon itself to wade into these nebulous areas,” Soyinka stated.

Nafisi, who like Soyinka and Dorfman has seen governmental censorship and suppression of freedom of expression first-hand, agreed, noting that “the first aftermath of such laws is that they give governments more power to repress their own citizens. Citing Iran in particular, Nafisi asked, “What will happen to women right now who are fighting against being stoned to death? What will happen to someone who is accused of warring with God, and to those who defend her right to say that the state is not representative of God?”

Recalling that he had watched his own books burned “in the name of security and peace and supposedly in the best interests of everybody,” Ariel Dorfman reminded the audience that “the transgressive ideas of today are the consensus ideas of tomorrow, and we need to make sure they are protected.”

“It was once very transgressive to think that people should not be slaves, or that women should have a vote, or children should not work,” Dorfman said. “In certain times, these were almost heretical ideas. And yet those ideas are now common values of humanity. We should really look at the long trajectory of humanity when we are suggesting the possibility of suppressing anyone who criticizes religion.”

Speaking movingly about the “horrendous” toll of religious violence in Nigeria—violence he said reminded him of the “horrors of pogroms that have been going on since time immemorial in the world”—Soyinka asserted that, in the end, it comes down to a question of whether we will choose to emphasize our differences or our common humanity. “I’m not a religionist, but I do appreciate the spiritual dimension of humanity that leads to the formation of religions,” he said. “But since you have so many religions in the world, and there is only one humanity, that one humanity and the fundamental claims of humanity have to take precedence over the conflicting claims of religion.”

“The most violent attacks on organized religions do not come from religious individuals or even atheist individuals, but from other organized religions or sects and from their religious leaders,” Saul noted in conclusion. “The problems of religious denigration are not legal. They are political and cultural problems that can only be resolved through strengthening respect among nations and a shared understanding of our common humanity.”