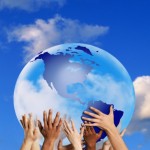 The World Zakat Fund has US$50 million in soft commitments so far, said Humayon Dar, chief executive of BMB Islamic, the fund’s Shariah adviser. He predicts the fund could grow to as much as US$10 billion over 10 years.

The fund established as part of an initiative by the Malaysian government is due to launch in the first quarter of 2010 and would start investing within a year of launch.

Muslims around the world who are able to save are expected to pay zakat, typically 2.5 per cent of any savings accumulated over a year. The amount of zakat money distributed each year ranges between US$20-30 billion, he said.

The payment of zakat can be a matter of personal choice, though in some countries the government extracts the payment from savings accounts on a pre-determined day. The funds tend to be used to help those in poverty, those in debt or refugees.

The concept behind the new fund divides Islamic scholars, some of whom argue zakat should be used for immediate relief, rather than being invested.

Islamic scholar Mohamad Akram Laldin, who serves on the HSBC Amanah Shariah advisory board, said the controversy will make it hard for the new fund to attract conservative Muslims.

“The priority is to give, not grow zakat,” he said. “It is a matter of principle,” he said.

To support the target of US$10 billion, Dar points to an estimated 40,000 high net worth individuals in the Middle East.