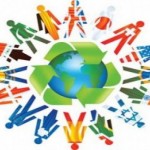 (May 11, 2010) – About 80 high profile religious leaders from around the world will gather in Winnipeg from June 21- June 23 to listen and report to one another – but most importantly collaborate on sending a unified message to government leaders of the G8/G20 nations.

The message will press governments to remain true to the eight Millennium Development Goals (MDGs) ratified by the 192 member states of the U.N. ten years ago. The goals aim to halve global poverty by 2015. The G8 nations – including Canada – pledged assistance in achieving the goals, but are well behind in meeting the promised deadline.

Faith leaders are also challenging each other to “not remain silent” on the MDGs, said Rev. Dr. Karen Hamilton, Chair of the Interfaith Partnership and General Secretary of the Canadian Council of Churches.

“Society is growing ever more ambivalent about the role and influence of the world’s faiths and their leaders. This is ultimately an exercise in proclaiming what we believe together, and acting on it together,” added Hamilton.

This will be the first time Canada has played host to the World Religions Summit 2010: Interfaith leaders in the G8 Nations. A 2005 forerunner event in the U.K. united Christian faith traditions around the G8 summit and set the stage for subsequent interfaith gatherings.

There will be two concurrent events on opening day: religious communicators will meet to hear speakers and discuss how current issues of faith are represented in the popular media; a human rights and religious freedom themed event will address these issues from the perspective of poverty, the environment and peace and security.

First Nations representatives will welcome guests to the host facility at the University of Winnipeg, which sits on Treaty 1 land, and by University of Winnipeg President Dr. Lloyd Axworthy. Numerous side events including music and musical theatre are planned to represent the theme with added culture and colour.

The 80 member guest list of delegates to the interfaith summit represents the spectrum of Christian faith traditions as well as comprehensive representation from Jewish, Islam, Buddhist, Aboriginal, Hindu, Sikh, Baha’i, Shintoist faith communities, and more. A web site designed especially for this event can be found at www.faithchallengeG8.com.

The project’s web presence – which includes Facebook and Twitter – is also inviting concerned citizens to sign an online petition appealing to G8 government leaders to hold to the Millennium Development Goal pledges they made in 2000. With only 5 years left in the in the 15 year commitment, analysts say approximately 50% of the pledges have yet to be met.