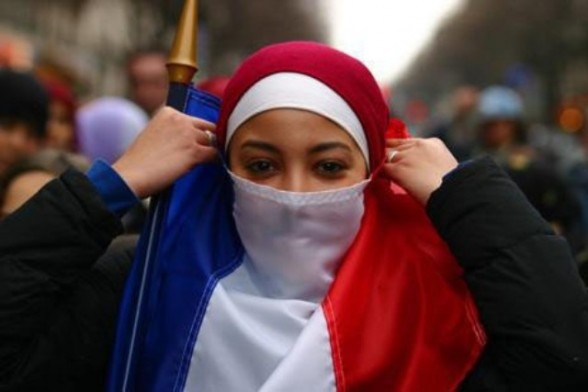 As the burqa controversy continues to make headlines in France, it is worth examining what France could learn from Canada, which has worked to reconcile freedom of religion with national security and women rights.

Bills banning the burqa – a garment that fully covers a woman’s body, head and face – were created in the post-9/11 context of insecurity. The United States, France, United Kingdom and Canada all developed a heightened concern for national security – which led to heightened concern about the larger religious group from which the 9/11 attackers claimed to stem.

Many believe, however, that these bills also attempted to restrict Muslims’ freedom of belief and religion. Yet, the freedom to wear the burqa is protected by the French Constitution in its very preamble. The first article states: “France shall be an indivisible, secular, democratic and social Republic. It shall ensure the equality of all citizens before the law, without distinction of origin, race or religion. It shall respect all beliefs.” Similarly, the Canadian Charter of Rights and Freedoms in the Canadian constitution reads: “Everyone has the following fundamental freedoms: (a) freedom of conscience and religion; (b) freedom of thought, belief, opinion and expression….’’

How then does a country reconcile its people’s religious values and its legal bans on certain religious expressions?

What some might not understand is that implementing a law against the burqa does not prevent a woman from wearing it; it just means she is no longer able to wear it outside the home. However, the ban relates to an even bigger issue – the isolation of Muslim women. Denying Muslim women the right to express their freedom of belief and religion the way they wish to will only serve to increase their sense of isolation.

Thus, although the stated purpose of the bill to ban the burqa in France is to promote gender equality, security and the values of the French Republic, in doing so it is in fact limiting diversity.

In the Canadian province of Quebec, for example, the provincial government allows women to wear theburqa in public, but requires these women make certain accommodations, such as showing their faces on health insurance cards.

The more we are able to understand these differences, the more we are able to protect immigrants’ main reason for immigration: to live in a democratic society which respects freedom of speech and religion. It is in this same society, then, that Muslim women should be seen as individuals, equal to others.

The solution in France should not have been imposing a law against wearing the burqa, but rather looking for a reasonable accommodation between public service requirements and the religious freedoms of citizens to create strong social bonds.

Before rushing to meet in the Assembly to pass such bans, lawmakers should first meet with representatives of various cultures and religious traditions to try and understand these traditions’ origins – as well as new manifestations of them. Those representatives might also be consulted and asked to submit their own solutions. Certainly, this approach would better accommodate Muslims in French democratic society.

Ultimately, the aim of such dialogue is to ensure the security and the equality of all and to prevent hatred and conflicts from arising. It’s a kind of a new social contract.

* Elsa Rizkallah is a student at the Bar School of Montreal, and has written articles for Lex Hebdo, the review of the Public Law Research Center at the University of Montreal. This article was written for the Common Ground News Service (CGNews).