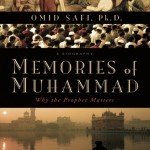 (February 23, 2010) – Scholar and author Omid Safi is best known to many Muslim Americans as being at the forefront of the Progressive Muslims movement, which finds in Islamic spirituality a powerful voice for social justice and pluralism. In his latest book, Memories of Muhammad: Why the Prophet Matters (Harper Collins), Safi explores the origins of that spirituality: the character and being of the Prophet Muhammad.

For Muslims, the book is a refreshing call to return to our spiritual roots, an element of faith that these days seems to be lost in the constant social commentary we are forced to engage in about Islam. For non-Muslims, Safi’s explanation of Muhammad as the bridge between humanity and the Divine, insofar as emulating him brings one closer to God, helps explain the connection Muslims have to their Prophet. It helps others feel as devout Muslims feel. In a time when the Prophet is so deeply misunderstood, such an emotional bond can go a long way in healing inter-religious wounds.

What makes Safi’s prose ingenious – indeed, what makes it especially relevant – is the way it moves back and forth between biographical details of the Prophet to the ways these historical points have been interpreted and emulated by Muslims. For instance, the Prophet’s journey from Mecca to Jerusalem and his journey from Jerusalem to the Heavens to meet his Maker – considered by some to be a physical journey in one night and others to be a dream or vision – signifies first his connection to Jesus’ and Moses’ message and then his ultimate communion with the Divine.

The first part of this journey, along with the Prophet’s meeting with Adam, Jesus, John the Baptist, Joseph, Enoch, Aaron, Moses and Abraham during the latter part, underscores the commonality of the Abrahamic faiths and the sanctity of each. Some Muslims reject this reading of Scripture, choosing instead to believe that the Qur’an supersedes rather than affirms previous revelations. While it may be true that there are theological details that the three monotheistic faiths cannot ever agree on, there is ample Qur’anic proof of the essential connection among Islam, Judaism, Christianity and a wide scope of spiritual traditions.

The Qur’an refers to the Prophet as a messenger to all of humanity and emphasises time and again that each prophet brings the same message and that one should not be favoured over the other. The Prophet’s message at its core is about spiritual submission to the Divine, designating as “muslim” (one who submits to God) anyone who adheres to such principles.

Proper behaviour becomes central to one’s religiosity, as submission to the Divine is about what you do and how you do it. Being a Muslim ceases to be an identity; instead, it is a way of being and doing. The search for Truth becomes a process that requires effort – a process that is rooted in submitting to God by, among other things, working for social justice.

Safi’s biography of the Prophet serves to do precisely that – to refocus the reader’s attention on the person through whom the Qur’an was revealed. As Safi says, quite rightly, the modernist Muslim understanding of the Prophet’s role is little more than that of a “UPS delivery man, dropping off the divine revelation of the Qur’an at the doorstep of humanity, maybe pausing long enough to obtain a signature to ensure that the item has been received, and then departing, never to be seen again.”

But lost on these modernists is the “tradition of Islamic piety, learning and spiritual practice” that developed around memories of Muhammad. Lost also is the fact that spiritual purification can happen only through implementing the Prophet’s larger message of socially conscious action. Safi’s book digs back into these memories of Muhammad in order to revive them, the traditions constructed around them, and their call to embrace Islam through refined character.

The concluding chapter of Safi’s book thus appropriately focuses on the question, “What Would Muhammad Do?” It is a question that brings the Prophet into the present, making his memory a living one. As Safi notes, in the modern landscape, many Muslims find themselves fighting stereotypes and misconceptions by defining what Islam and its Prophet are not. But this question is about digging into the Prophet’s core message of mercy to discover what Islam is, has been, can be and should be.

* Asma Uddin is Associate Editor of altmuslim.com and Editor-in-Chief of Altmuslimah. This article is distributed by the Common Ground News Service (CGNews) with permission from the author.