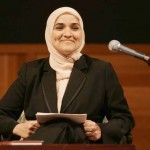 The American people and their openness to Muslim communities will in many ways determine the success of US President Barack Obama’s global engagement initiative, which he launched on his inauguration day a year ago by calling for a “new way forward” with Muslims. Change will depend in large part on how Americans think, and it is therefore crucial to understand American perceptions of Muslims and Islam.

How much do Americans know about Islam and Muslims? What characteristics define Muslims in most Americans’ minds? And, perhaps most importantly, what factors make prejudice or tolerance more likely?

A new study released last week by the Gallup Center for Muslim Studies sheds light on these questions and many more. The following is what we discovered when we interviewed a thousand representative Americans on their perceptions of several faith communities, with in-depth analysis of their perceptions of Muslims and Islam.

We also discovered that being prejudiced toward Jews makes a person more likely to express prejudice toward Muslims than any other factor studied. Of all the variables we looked at, from age to education to perceptions, the factor that was most strongly associated with anti-Muslim prejudice is not level of education, whether or not one knows a Muslim, or even one’s opinion of Islam-it is anti-Jewish prejudice. These results suggest that anti-Semitism and anti-Muslim sentiment are related phenomena, and that organisations fighting these social ills must work more closely together since they appear to be fighting for a common goal.

The survey also revealed that prejudice, or the lack thereof, is more strongly associated with one’s opinion of Islam than with whether or not someone personally knows a Muslim. If someone does not know a Muslim personally, it does make him or her more likely to express extreme prejudice toward the group. But, perhaps surprisingly, knowing a Muslim does not increase the likelihood of a person expressing no prejudice.

What these results suggest is that knowing a Muslim may help soften extreme prejudice, but it is not enough to eliminate it.

Our survey results also tell us that American perceptions of what Muslims think are sometimes significantly different from what Muslims really do think. Roughly eight in ten Americans (81 per cent) believe that most Muslims do not value gender equality. However, according to Gallup research in Muslim-majority societies around the world, the majority of Muslims, including 85 per cent of Saudi Arabians and 89 per cent of Iranians, do believe that men and women should have equal legal rights.

Despite what may seem like negative results, the polls indicate that Americans’ views of Muslims and Islam have generally improved over the past two years. Moreover, roughly seven out of ten Americans also say that greater interaction between the West and Muslim communities is more of a benefit than a threat. The majority of Egyptians, Saudis and Indonesians share this view. In fact, overall, Muslim approval of the United States and its leadership is on the rise.

Ultimately, this study demonstrates that perceptions are not permanent, which is promising. But the public needs to be educated about Muslim beliefs. For example, Americans who believe that most Muslims support equal rights between men and women are twice as likely to express no prejudice toward them, indicating that we require a greater awareness of the fact that most Muslims worldwide support gender equality. We also know from the results of the study that prejudice is not isolated to one group, creating an opportunity for greater interfaith partnership to help address this issue.

The majority of both Americans and the world’s Muslims want engagement over isolation, a process that starts at home-through greater understanding of our own perceptions.

* Dalia Mogahed is Executive Director of the Gallup Center for Muslim Studies and co-author with John Esposito of Who Speaks for Islam? What a Billion Muslims Really Think (Gallup 2008). She also serves on the President’s Advisory Council on Faith-Based and Neighborhood Partnerships. This article first appeared in The Jerusalem Post and was written for the Common Ground News Service (CGNews). www.commongroundnews.org