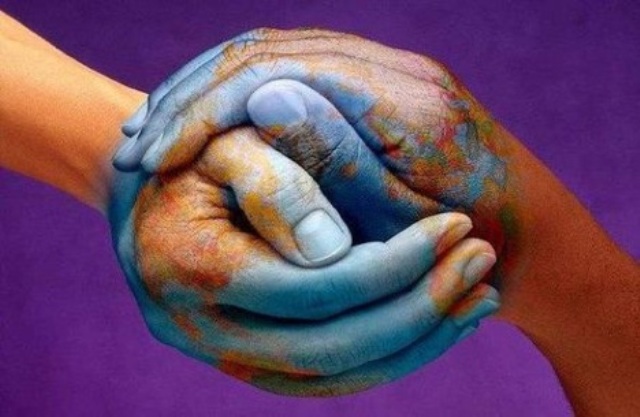 Many of us are still bewildered by the bizarre news of the 19-year-old Somali-born American citizen, Muhammad Osman Mohamud, arrested on 25 November for attempting to bomb a Christmas tree lighting ceremony in Portland, Oregon. Putting aside questions regarding the nature of the FBI’s involvement in this case, it appears that despite hundreds of millions of dollars spent on counter-radicalisation programmes in the United States, Europe and Muslim-majority countries around the world, a seemingly well-adjusted American youth is once again willing to carry out a horrendous act of violence.

If strategies to deter extremist violence are to be effective, we must take a serious look at some of their strengths and weaknesses.

Where the voices of Osama bin Laden and Ayman al-Zawahiri have faded, this new stream of at-risk youth are being inspired by the likes of ideologue cleric Anwar al-Awlaki. Despite their small numbers and lack of mainstream followers, extremists like al-Awlaki disproportionately affect the discourse on Muslim-Western relations because their acts of violence capture the most headlines and provide ammunition to political opportunists determined to further complicate Muslim and Western world relations.

In an effort to combat the influence of radical ideologues, an entire cadre of Muslims leaders around the world has come forward with active campaigns to take the “Islam” out of “Muslim terrorism”. They aim to make clear that such acts of violence are not only morally repugnant but clear violations of Islamic principles and law.

For example, earlier this year an international group of Muslim scholars gathered in Mardin, Turkey in order to publicly refute the infamous fatwa (non-binding legal opinion) by 14th century cleric Ibn Taymiyyah that calls for violence against non-Muslim rulers. The fatwa has been used repeatedly as justification by extremists.

Governments, civic groups and Muslim leaders around the world have supported these efforts in a number of ways. For example, in the UK the Radical Middle Way and the Quilliam Foundation have sought to educate the public about Islam, while at the same time promote a distinctly British Muslim identity for emerging youth. They do so with the help of prominent Muslim leaders like Hamza Yusuf and Abdul Hakim Murad.

While these efforts should be commended, many of them have fallen short of their mandate because of their largely non-political orientation. If de-radicalising potentially violent Muslim youth and deterring religious extremism is the aim, how can these approaches reach their target audience without offering a viable pressure valve in today’s intensely conflicted world? How can such programming influence the angry and disaffected to deter extremism?

It is common sense to most people that the acts of violence committed by groups like Al Qaeda and their home grown wannabes are political in origin but wrapped in religious ideology. Muslim youth today are enraged, for instance, by misdirected drone strikes in Pakistan that kill innocent women and children, and the seemingly endless oppression of Palestinians. Both Afghanistan and Somalia, today’s terrorist hot spots, have been failed states for two generations; the youth in these countries have only known social strife, war and failed promises from the international community.

It is these raw conditions that brew extremism. Nonetheless, counter-radicalisation programmes often shy away from difficult and direct political conversations. Instead, they overemphasise topics like the multicultural legacy of Cordoba in Spain, the inward spiritual teachings of Sufi sages, and the scientific achievements of the medieval Muslim world.

Muslim leaders and their allies in government and civil society must move beyond simply nurturing the “Good Muslim” role model and encouraging acts of good citizenship like charity and community service. They must realise that stories of water-boarding and pictures from Abu Ghraib will have a far more profound influence on shaping the political perceptions of Muslim youth than US President Barack Obama’s eloquent words of peace or the interfaith declarations of Muslim clerics.

If Muslim leaders are expected to guide their youth in a religious cause against violence and extremism they should also be encouraged to speak truth to power against issues of political injustice, which are real driving factors fuelling extremism. By ignoring this call, Muslim leaders and their allies will not only be seen by their target audiences as mere puppets of Western governments, but guarantee that those disaffected masses are forced into the shadowy world of extremist cyber space and the arms of figures like al-Awlaki.

* Abbas Barzegar is Assistant Professor of Islam in the Department of Religious Studies at Georgia State University and Co-Editor of Islamism: Contested Perspectives on Political Islam (Stanford University Press, 2009). This article was written for the Common Ground News Service (CGNews).