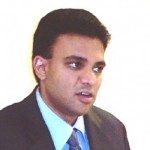 (February 14, 2010) – U.S. President, Barack Obama, has appointed Rashad Hussain to serve as his Special Envoy to the Organization of the Islamic Conference (OIC).

Comprised of over 50 member states, the OIC is the second largest inter-governmental organization in the world.

According to the White House release, ‘as Special Envoy to the OIC, Rashad Hussain will deepen and expand the partnerships that the United States has pursued with Muslims around the world since President Obama’s speech in Cairo last June’.

In making the announcement, President Obama said, “I’m proud to announce today that I am appointing my Special Envoy to the OIC—Rashad Hussain. As an accomplished lawyer and a close and trusted member of my White House staff, Rashad has played a key role in developing the partnerships I called for in Cairo. And as a hafiz of the Qur’an, he is a respected member of the American Muslim community, and I thank him for carrying forward this important work.”

His parents are naturalized citizens from India and live in Plano, Texas.

His work at the White House focuses on national security, new media, and science and technology issues.

Mr. Hussain has also worked with the National Security Staff in pursuing the New Beginning that President Obama outlined in his June 2009 address in Cairo, Egypt.

Mr. Hussain previously served as a Trial Attorney at the U.S. Department of Justice.

Earlier in his career, Mr. Hussain was a legislative assistant on the House Judiciary Committee, where he focused on national security-related issues.

Mr. Hussain received his J.D. from Yale Law School, where he served as an editor of the Yale Law Journal.

Upon graduation, he served as a Law Clerk to Damon J. Keith on the U.S. Court of Appeals.

He attended college at the University of North Carolina at Chapel Hill.