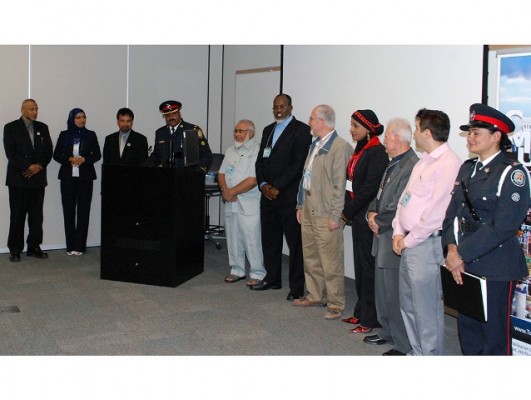 Toronto’s Muslim community got a better understanding about the unprecedented security measures in place ahead of this weekend’s G20 summit in Toronto.

Supt. Cyril Fernandes, who heads the Operational Support System Group and co-chairs the Muslim Consultative Committee, has been keeping the community informed of the June 26-27 summit of world leaders – the largest policing operation in Canadian history.

“The purpose of the information session was to educate and inform our community so they would have a better understanding of the security measures and the effects on those living and working in and around the security zones,” Fernandes said.

“Effective communication is critical to the success of the summit because it provides for open dialogue between the service and the community,” he said.

“It also allows the community to feel empowered and provides reassurance that their views are being considered in the security efforts, hence providing a safe and secure G-20 summit.

“Community outreach encourages citizens, businesses, organizations and activist groups to be part of the process in ensuring a successful event.”