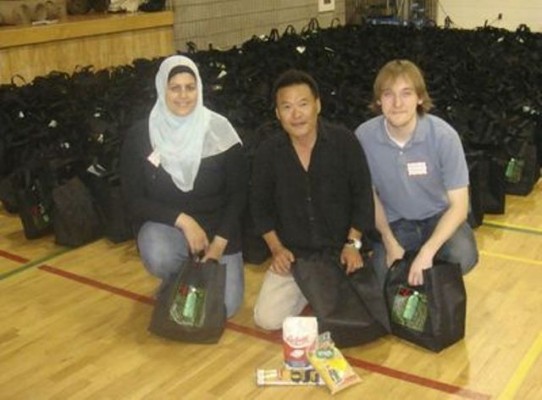 (Toronto, ON) – Scadding Court Community Centre and Masjid Toronto will be continuing their successful project to educate the general public about Islam and Muslims by distributing packages of food to celebrate Eid to residents in a low-income neighborhood.

Scadding Court serves the Alexandra Park community which is composed of Atkinson Housing Co-operative and two Toronto Community Housing buildings where the majority of residents live on a fixed income.

The Eid packages will include food supplies and a brochure about Eid, Ramadan and Hajj, translated into three languages (Chinese, Vietnamese and Bengali).

Last year, over 1,000 packages of food were distributed by 150 volunteers in one night.

On Wednesday, September 8, volunteers will meet at Alexandra Park Community Centre to assemble and distribute the Eid packages.