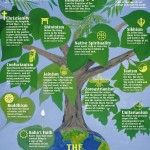 (March 11, 2010) – People of faith came together on Sunday, March 7th at the Green Awakening/Greening Sacred Spaces Annual Leaders Forum to discuss the biggest challenge to the welfare of life on earth – the destruction of the natural environment.

Hosted this year by Eastminster United Church on Danforth Avenue in Toronto, the forum included 5 practical workshops and an interfaith panel. 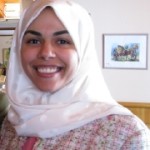 The event was sponsored by the Green Awakening Network and Faith and the Common Good through its Greening Sacred Spaces initiative.

“The idea of balance is important in the Islamic faith,” Dr. Hind Al-Abadleh, an assistant professor of chemistry at Wilfred Laurier University told the audience. “The verses of the Qur’an could be interpreted in light of our scientific understanding of how ecosystems work to suggest the inherent interconnectedness of natural elements.” 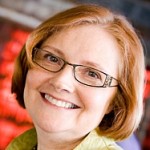 Mardi Tindal, moderator of the United Church of Canada told participants that “God invites us into wholeness of soul, community and creation.”

Alanna Mitchell, a Canadian author and journalist who writes about global science issues, moderated the interfaith panel and commented, following the presentations, that all speakers were using common language such as stewardship and interconnectedness.

The Green Awakening Network is a group of congregations of the United Church of Canada in the City of Toronto who have come together to share ideas and experiences, in partnership with others, on how to respond to the challenge of climate change and how to reduce our “carbon footprint.”

The forum concluded when Greening Sacred Spaces introduced their new solar energy program for religious buildings, and made their annual awards for the Hamilton, Kitchener-Waterloo and Toronto areas during a shared meal.

**Endnote: While the sage Honi was walking along a road, he saw a man planting a carob tree. Honi asked him, “How long will it take for this tree to bear fruit?” “Seventy years,” the man replied. Honi then asked, “Are you so healthy a man that you expect to live that length of time and eat its fruit?” The man answered, “I found a fruitful world because of my ancestors planted it for me. Likewise, I am planting for my children.” Talmud Ta’anit 23a (Presented by Rabbi Debra Landsberg, Faith Leader at Temple Emanu-El at the Forum).