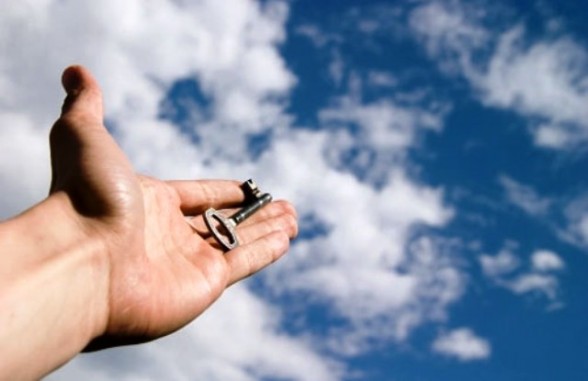 In a recent interview with Rolling Stone, US President Barak Obama is quoted as making the following statement:

“One of the things that you realize when you’re in my seat is that, typically, the issues that come to my desk — there are no simple answers to them.

Usually what I’m doing is operating on the basis of a bunch of probabilities: I’m looking at the best options available based on the fact that there are no easy choices. If there were easy choices, somebody else would have solved it, and it wouldn’t have come to my desk.”

Whether you agree with Obama’s politics or not, the above comments can be applied to anyone who finds themselves in a position in which they are forced to make a decision and the outcome is uncertain.

But a decision has to be made for inaction will have fatal consequences. I argue that this is the position we now find ourselves in as a community.

What I am about to say may be considered controversial, provocative and even offensive to some, but someone has to say it, so here goes.

I am calling on the Muslim community here in Ottawa, effective immediately, to put in place a 10 year moratorium on building Mosques or Islamic community centers.

I am further calling on the community to direct precious financial resources which can be used in protecting our rights, as well as promoting social responsibility as citizens of this country we call home.

I want these resources to be used towards creating writers, critical thinkers, grassroots activists and articulate speakers who possess the ability to speak to the wider Canadian public.

Furthermore, we need a sound scientific study regarding the real needs of our community, and I am sure those needs do not include more Mosques, the construction of which is costing us millions of dollars.

No more bricks and mortar.

I want us to develop our brain power.

Yes, we have individuals in our community who are studying and working on these issues closely, but the effort is fragmented and not consistent.

Due to the complexity of the issues involved and the mountains of data to sift through, such work takes massive amounts of time and energy.

Yet very little financial resources are being directed to these important initiatives because – simply put – our community does not see these issues as a priority.

If we have some high-profile Imam or religious leader organize a conference or halaqah we see hundreds of our youth show up to these events, which is not a bad thing.

But ask these same youth to attend a workshop on how to defend their rights, communicate effectively via the media and become involved in grassroots activism and maybe a dozen people will show up.

In my opinion, our priorities are completely messed up.

We live in a state of unreality — a fantasy world which tells us everything is ok when in fact they are not at all.

I could list a large catalogue of how our rights are being eroded away in this country and how we are continually vilified in the media, but I am sure you are all aware of what is happening.

But it is not enough to be aware.
It is necessary to respond back in an effective and professional manner, and that takes a concerted and unified effort with the backing of hard cash!

There is an important recent interview with Grace Pastine, the Litigation Director for the BC Civil Liberties Association (BCCLA) published at rabble.ca. BCCLA is the oldest and most active civil liberties organization in Canada and has spent almost 50 years working to preserve, defend, maintain and extend civil liberties and human rights in British Columbia and across Canada.

The organization has a longstanding and extensive involvement in working to ensure that security concerns are balanced with respect for the rule of law and the rights of individuals.

In the interview Pastine states: “We have seen a profound erosion of fundamental rights under the so-called “war on terror.” Today governments keep more of us under surveillance, track more of us, and extract more personal information about us from more sources than ever before. We have seen a systematic undermining of hard-fought for human rights protections including freedom from discrimination, torture and arbitrary detention. Governments have enacted laws and policies that systematically shield their own activities, undercutting transparency and accountability. The rollback of civil liberties has had particularly devastating effects on immigrants, refugees and religious and racial minorities targeted by racial profiling.”

Pastine further notes that, “Human rights must be upheld without exception – the systematic undermining of hard-fought for human rights protections are never justified in the name of national security.”

Warnings like Pastine’s should be a wake-up call to the rest of us, but yet we continue to snooze.

I am sad to say so, but many of our youth possess a know-it-all attitude and sense of entitlement.

The world, as such people see it, owes them a favour and they should not have to lift a finger to do anything but instead let others do it for them.

Those who fall into this category have an addiction to passive learning where someone else does all the thinking and speaking for them so that they don’t have to develop their own critical skills.

This is an age of instantaneous information, the thinking goes, and one can find all the answers to complex questions by simply clicking on Google or Wikipedia.

People who possess such a mind-set are only deluding themselves.

Now, more than ever, precious financial resources need to be directed away from constructing more Mosques and Islamic centers and into efforts which protect our rights as citizens of this country.

Let’s face it, the whole world is a place for prayer.

But what happens if the right to practice our faith and speak our minds is taken away?

We should not take these rights for granted.

They are not in place due to the benevolence of the government, but as a result of years of difficult struggle by millions of people.

These rights that we now enjoy can, and are, easily stripped away if we are not diligent.

In preparing this article, one brother e-mailed me and made the following comment: “Our community is full of IT people and public workers, but we don’ t have any experts in such fields as sociology, psychology, philosophy, law, journalism, politics, which are the main fields to help create leaders, and this a our weakest point.”

I agree 100% with these sentiments.

This person gets it.

He sees where money should be spent and effort should be made.

But, sadly, we creep along and continue to build more mosques not knowing, or seemingly even caring, that our rights are being stripped away on a daily basis.

At the end of the above mentioned Rolling Stone article Obama stated: “We have to get folks off the sidelines. People need to shake off this lethargy, people need to buck up. Bringing about change is hard — that’s what I said during the campaign. It has been hard, and we’ve got some lumps to show for it. But if people now want to take their ball and go home, that tells me folks weren’t serious in the first place.”

I am taking Obama’s words and directing them to my community.

Who will listen? Who will heed this urgent call?