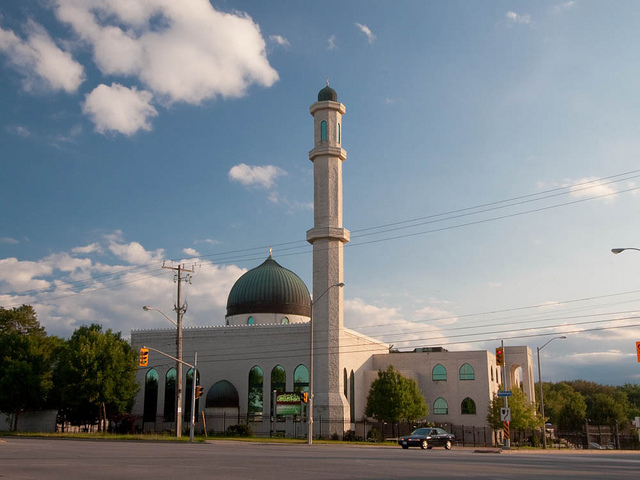 One of the pioneers of Canada’s Muslim community, Mohamed Nasir, passed away peacefully surrounded by his family on Thursday evening, December 23, 2010.

May Allah forgive him and grant him His Mercy.

The Janaza took place on Friday December 24, 2010 after Salatul Jumu’ah at the Islamic Foundation of Toronto in Scarborough.

Mohamed Nasir made a significant contribution to the Muslim community.

He was the longest-serving President of the Islamic Foundation of Toronto and one of the pioneers in the development of the Muslim community in Toronto.

Mohamed Nasir was a well-known business leader in Guyana prior to immigrating to Canada.

He was born on May 10, 1924 on the West Coast of Demerara and was one of the young businessmen who launched successful businesses in the capital city of Georgetown in the emerging nation of British Guiana in the 1950’s.

By the early 1960’s, he had established a successful pharmaceutical business, Twins Drug Services, which formed part of a chain of family businesses.

While in Guyana , he gained a reputation for being an outspoken advocate for Islam and for supporting community initiatives. He was involved in the late 1950s and early 1960s with the United Sadr Islamic Anjuman and was an active member of the Queenstown Jama Masjid and Kitty Masjid in Guyana .

In 1973, he arrived in Toronto and immediately became actively involved in the Jami Mosque and the Islamic Foundation of Toronto.

He spearheaded the establishment of the Islamic Foundation of Toronto Centre in the city’s east end, one of the largest Islamic Centers in Canada and a landmark in Scarborough .

He raised the profile of the organization and of Toronto’s Muslim community with his extensive travels in the Muslim world in the 1980s and 90s, in support of the Islamic Foundation‘s project.

He held the position of President of the Board of Directors of the Islamic Foundation for close to two decades.

He also served as the Vice-Chairman of the Board of the Canadian Islamic Trust Foundation, a nationally based foundation serving the Muslim community and as a past member of the Majlis Ash-Shura of ISNA, a continental Muslim organization.

He was instrumental in the establishment of the Muslim World League offices in Toronto and the Islamic Society of North America’s headquarters in Canada .

He has served as a mentor and an advisor to a number of other community based organizations and as a resource person on issues of the Muslim community in Canada .

His inclusive nature and universal approach to Islam encouraged active participation of all ethnic and cultural groups, as well as, women and youths in the Islamic Foundation during his term.

In 1993, Mohamed Nasir was recognized by the Canadian government for his community service and philanthropy with the commemorated medal for the 125th Anniversary of Canadian Confederation for making “a significant contribution to Canada , to his community and to fellow Canadians.”

The award stated that “the decoration is a reminder of the values of service, individual respect and community effort on which Canada was built and on which its quality of life will always depend.”

Mohamed Nasir was one of the pioneers of the Canadian Muslim community on whose shoulders we all stand.