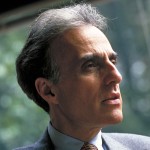 (March 17, 2010) – According to a recent Gallup poll, a majority of Americans still have little to no knowledge of Islam’s basic tenets. More disheartening, if not outright frightening, is that even given this avowed lack of knowledge, a sizeable percentage of US citizens nonetheless maintain a negative perception of Muslims.

So, either an informed, nuanced understanding of Islam is being obscured by the voluminous – and venomous – misinformation that clutters the media, or an accessible and authoritative account of what Muslims truly believe and how they interact with the world around them simply hasn’t been produced.

John Esposito, given his celebrity and scholarship, is among perhaps only a handful of individuals who have met both these prospective challenges head-on with some success. His latest offering in a line of timely scholarly works, The Future of Islam, provides a refreshingly holistic assessment of the challenges Muslims face from increased pluralism on the one hand, and heightened hostility on the other.

Both novice and more advanced readers on the subject will find much of Esposito’s narrative as insightful as it is comprehensive. The first chapter of the book includes a standard primer on the five pillars, the divisions between Sunni and Shia, and some brief remarks on the more “controversial” subjects of sharia, Islamic principles, and jihad, a spiritual and religious effort. This introductory information is supplemented, however, with a less common examination of the racial and intellectual diversity of Muslims in the West, and an even rarer assessment of the legitimate grievances Muslims around the world have with America and its allies.

For those possessing a firmer grasp of Islamic beliefs and attitudes, this book doubles as a clear and concise distillation of the Western Muslim experience. From the factors that distinguish Muslim Americans from their European counterparts, to the distinction between integration and assimilation, to the misapplication of terms such as “moderate” and “fundamentalist”, Esposito’s fluid analysis on these topics, often backed by empirical data, makes even the most complex phenomena easily digestible.

At its core, this book is an examination of the current prospects for Muslim reformers around the globe. By reform, Esposito ostensibly is referring to the reinterpretation of Qur’an and hadith, sayings of the prophet Muhammad, to produce new legal and social models that better meet the challenges of an ever more globalised world.

While acknowledging the breadth of Islamic jurisprudence and of debates over theological matters, Esposito nonetheless promotes certain positions, both implicitly and explicitly, throughout his narrative, including a liberal interpretation of women’s rights, as exhibited through the likes of Muslim American scholar Amina Wadud; a more pluralistic approach to salvation, in contrast to the belief in salvific exclusivity; and the legitimacy and expansion of lay ijtihad, an Islamic tradition of creative reasoning, which undercuts the traditional role of ulema, those versed in Islamic jurisprudence, are all featured prominently in Esposito’s discussion of reform and “a new way forward” (a phrase he borrows from US President Barack Obama’s inauguration speech).

To be fair, Esposito is careful not to dismiss more traditional or conservative positions in Islam. He clearly cautions against facile labeling of a person or group as “extreme” simply because their understanding of a particular issue doesn’t mesh with a Western, supposedly enlightened perspective. Moreover, Esposito sincerely highlights the work of Islamic jurists and activists such as Egyptian scholar Yusuf Al-Qaradawi, Egyptian televangelist Amr Khalid, and Pakistani scholar Farhat Hashmi.

Esposito’s keen socio-political acumen and sense of historical perspective clearly manifest with his concluding remarks on the future of Muslim-Western relations. He once again underscores that majorities of Muslims globally don’t conflict with the West on religious or civilisational grounds, but distinguish between various nation-states based upon their policies. Esposito goes on to encourage Western powers to curtail and ultimately eliminate their support for authoritarian regimes across the Muslim world, and to reconcile with the fact that clear majorities in these countries wish to see Islam play a greater role in government.

Finally, to counteract the viral spread of Islamophobia, Esposito emphasises that Americans and Europeans must acknowledge a missing link in what Jews and Christians have come to regard as a shared heritage. Only when Muslims are no longer viewed as the “other,” but as integral elements of a rich Judeo-Christian-Islamic history, can serious headway be made against the forces of extremism.

* Youssef Chouhoud is a writer from Brooklyn, New York by way of Alexandria, Egypt and is pursuing an MA in political science. This abridged article is distributed by the Common Ground News Service (CGNews) with permission from the author. The full text can be found at www.muslimmatters.org.