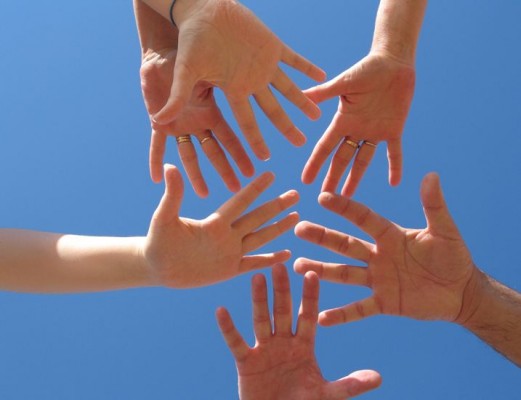 Travelling alone as a Muslim Pakistani female hasn’t been all that easy in a post-9/11 world. In fact, being “Muslim”, “Pakistani” and a “woman” simultaneously can be too many red flags attached to one identity.

While pursuing my education abroad I had many experiences dealing with airport security and immigration staff – particularly during my travels between Costa Rica, the United States and Pakistan. But I also learned through these experiences that sometimes a little act of kindness can go a long way in transforming our view of the “other”, helping us to realise and appreciate the inherent good in people.

In my mind I had put airport authorities everywhere in a box labelled “Ruthless-officials-securing-their-country”. And the box they might have had for me was, well, “She-must-be-up-to-something”. My interaction at the airport served as a microcosm of the larger Muslim-Western relationship, rife with stereotyped ideas and deeply held, hardly questioned beliefs about the other, further polarising the two groups.

My box guided my behaviour in front of airport security officials. This meant no extra talking, only brief answers, doing what they said and praying in my heart to come out of the question-and-answer session alive and kicking, and not detained somewhere in Guantanamo. Though this box helped me control my behaviour for the situation at hand, deep down I developed bitterness, fear, mistrust and anxiety of entering any country other than my own, especially a Western one.

It also compelled me to judge security officials I came across during my international travels in a negative way – as the “other”.

There was one particular occasion that at first bolstered this sentiment. I was waiting for a flight to Pakistan with a ten-hour transit in a UK airport. My hand luggage included nothing extraordinary except for a very unusual umbrella that a friend had given me during a visit to the Harvard Art Museum in Massachusetts.

A professor at Harvard, this friend showed me the university and bought me an umbrella with an image of Harvard and the Charles River painted on it. That umbrella signified her kind friendship, love and belief in me. To me, it was not just an umbrella, but a connection to the world of knowledge that I admired and wanted to immerse myself in.

Afraid that I might lose it, I kept the umbrella as part of my carry-on. Though it passed through all the security checks in the United States, it was declared a “security risk” in the UK. Security officials asked me to throw it away before boarding the plane to Pakistan.

Bewildered by the seemingly random changes in security standards between airports, I tried in vain to argue. But I was not allowed to board the plane with the umbrella, and had to throw it away.

As I walked away, wiping my tears, I heard a security official yell out: “Excuse me, Ma’am! I have a solution!”

He took the umbrella out of the trash, a Swiss Army knife out of his pocket and started cutting the ribs and stretchers off the canopy of the umbrella. He meticulously removed the canopy off the shaft of umbrella, neatly folded it and handed it over to me with a smile: “Now you can take this,” he said. “Please get it remade once you are back home.”

I certainly did not expect this kind of action from a white British security official. His act of kindness did not fit in the box I had created for him. I had cast him as the “other”. But he proved otherwise.

No matter how hard we try, today’s circumstances push us to box, stereotype, categorise and judge individuals or groups who are different from us. In recent times stereotyping has become the most comfortable response mechanism while dealing with security issues, both for Muslims as well as Westerners. Such stereotyping widens the gap that exists between Muslim and Western worlds. It limits both groups’ ability to allow for individuality and critical judgment when faced with challenging situations, generating further mistrust.

This incident helped me realise that there are moments and spaces in which our individual actions can alter the stereotypes that we carry for one other. The action that I witnessed left an indelible impression on me, and a renewed belief in the inherent goodness of human beings. Individual actions that go beyond stereotypes might not be a panacea to problems that exist between the Muslim and Western worlds, but they are a step toward better understanding and harmony.

* Sara Khan is Media Manager at Search for Common Ground-Pakistan. This article was written for the Common Ground News Service (CGNews).