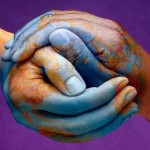 Living in Malaysia for almost two years has given me new insight into the socially constructed and highly subjective categories of “East” and “West”.

Here in Malaysia, I am – like any other “white” person – a “Westerner” from the West with Western ideas. My individuality is lost in translation.

Malaysia is a land of categorisations. Everyone is a race and a religion. For instance, due to my skin colour, it is assumed that I am Christian. Moreover, I am labelled a Westerner.

Before travelling extensively, Western to me was a style of omelette, or a movie with cowboys. Globally, however, this term gets tossed around a lot, but few people stop to consider what it really means.

This homogeneous approach to culture is not limited to Malaysia. In Canada, people often lump all Asian people together. The terms “Asian” and “Chinese” are frequently used interchangeable, and someone from Southeast Asia has likely experienced being referred to by both at one time or another.

Ethnically, although Indians from South Asia are referred to as Indian (not to be confused with Native North Americans and Amerindians of South America, the first inhabitants of North and South America), Malay, as a race, is generally unheard of outside of Southeast Asia.

And in the Spanish-speaking countries of Latin America, most people refer to all Asians as “Chinos”, loosely translated as Chinese, including Koreans, Japanese and Laotians.

Yet, the fact that such generalisations are common all over the world, doesn’t make them right, or even meaningful.

Where is the West and where is the East, anyway? Geographically, the “border” is somewhere along the Ural Mountains in Russia, but then what does that make Australia? Politically, the West is associated with democracy. Did anyone tell Cuba?

When it comes to religion, the West is presumed to be “Christian”. But explain then why synagogues, mosques and temples are found in all the major cities of the Americas and Europe? For the life of me, I cannot think of an objective definition of what Western means.

Yet truth be told, the West is full of very pious, traditional, conservative people. In fact, conservatives back home accuse “liberals” of controlling the media and censoring conservative thought. On the flip side, I have witnessed incredible diversity of thinking in the East.

And I don’t think I’m alone in feeling that when someone tells me what I think, it really gets under my skin.

I am an individual and am able to think free and independent thoughts. Nobody else thinks just like me. Even though I am a certain shade, was born in a certain country, have membership to certain clubs or subscribe to certain philosophies – I still think independently and often outside of those categories and I urge my students to avoid making these types of sweeping generalisations.

Labelling Canada part of the West lumps Canadian ideas in the same pile as German, Finnish, Australian and American ideas. These “East” and “West” distinctions are too ambiguous.

After all, are there not major distinctions between Laos, Myanmar, Japan, China, North Korea and Malaysia? Do all the people from all these countries think alike?
Obviously, such oversimplifications do not stand up to scrutiny.

McDonalds, Starbucks, Lady Gaga, Hollywood movies and MTV are not the West. They are part of the same globalisation, modernity, capitalism, or McWorld that is taking over my native country (Canada) in the same way as it is are creeping up on Malaysia. Many people in “the West” do not relate or, or even necessarily like, what Malaysians call “the West”.

The bottom line is that societies are evolving and our world today has become a vast network of connections. Diverse ways of thinking, different religions, foods, clothes, sports, etc. are all meeting head on.

It is an exciting time and we have to make the best of it and enjoy what these new experiences have to offer. Let’s leave the West on the west side of the map, and the East on the east side and try to meet somewhere in the middle.

* Colin Boyd Shafer teaches social science at a college in Kuala Lumpur. This article first appeared in the The Malaysian Insider. It reflects the personal opinion of the writer and is distributed by the Common Ground News Service (CGNews) with permission from the author