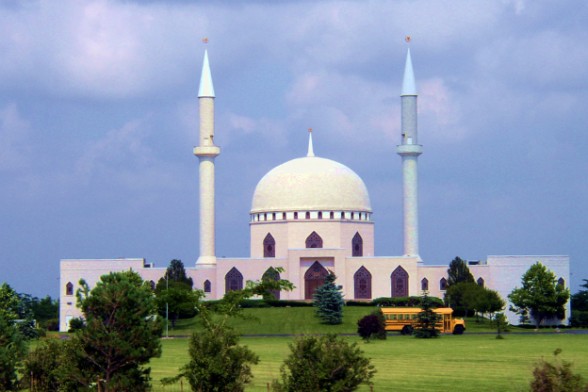 At a time when our nation is seeing a rise in intolerant behaviour, crossing every cultural line, whether based on race, religion or sexual orientation, we seem simultaneously stuck with a national news media that is preoccupied with conflict and controversy when we desperately need one that weighs facts and reports fairly. A recent national news programme reinforced these concerns. Let me explain what I mean.

As the host (some household name) opens the show, imagine that the white expert opining about the root causes of urban decay is a nationally recognised racist like, for instance, David Duke, a former Louisiana State Representative and a leader in the Ku Klux Klan – a once widespread white supremacy movement.

With a straight face, and no sense of irony, the host solicits Duke’s views, and he proceeds to declare, “When the American people saw the Los Angeles riots, they received a peek into their future”, referring to the 1992 riots that erupted following the acquittal of four white police officers who were on trial for beating Rodney King, an African American motorist.

Imagine the television cameras going in search of voices of “real” black people. Where do they go? The ‘hood of course! I mean, where else do black people live?

The intrepid host invites regular Americans to ask the experts to explain black pathology: “Why is their rap music so degrading to women?” Cynthia from Wyoming wonders. “Why are so many blacks at the bottom of the economic and educational ladder?” Chuck from New York muses.

Is this starting to get a little uncomfortable? Of course it is. Just ask Don Imus, an American radio host fired in 2007 for making racist and sexist remarks, about the wisdom of indulging in racial stereotyping against blacks. Add Jews, Catholics, gays and others as well. Not a good idea.

Now replace black with Muslim, and that’s just about how ABC News treated Islam and Muslims on the recent television shows 20/20 and This Week with Christiane Amanpour.

There were the obligatory clips of terrorist training camps, the planes flying into the Twin Towers, the victims of so-called “honour killings”.

The Muslim experts – looking officially “Islamic” in their long beards and hats – included one who declared that one day the flag of Islam would fly over the White House.

The non-Muslim experts – Robert Spencer (a leading anti-Muslim advocate in the Park51 Islamic centre controversy), Ayaan Hirsi Ali (a prolific anti-Muslim writer) and Franklin Graham (who has said Islam “is a very evil and wicked religion”) – are well known, even famous, for spewing anti-Muslim hate.

Of course, these characters emphatically agreed with the caricatures with long beards and white hats, repeating the propaganda that Islam requires its adherents to dominate people.

Among the “normal” Muslims interviewed were a woman in niqab (fewer than one per cent of Muslim women in America wear the full face veil and accompanying robes), and Muslims in the Muslim ”hood”, cities like Dearborn, Michigan and Patterson, New Jersey.

Do some Americans fear black people?

But we don’t validate those fears by allowing them to be expressed with fake innocence on respected news shows. Why are fears of Muslims validated by television airings?

Are there criminals in America who are African American?

But they’re not presented as representative figures of the community by reputable news programmes. Why do such shows go out of their way to find the scariest, most cartoonish Muslims possible and present them as spokespeople for Muslims?

No serious journalist would ask a random black guy with a briefcase on the street to explain the pathology of an African American criminal because of the coincidence of shared skin colour. But serious journalists called on ordinary Muslim Americans to explain the behaviour of homicidal maniacs and extremists, thereby making the link between the crazies and the mainstream community.

Are there people willing to offer all sorts of racist theories about black crime, from problems in black genes to deficiencies in black culture? Plenty. But the only time they show up on mainstream news shows are as examples of racism, not as experts on race.

We are having a national conversation about belonging.

The threatened Qur’an burning in Florida and the controversy over the proposed Islamic centre in lower Manhattan are examples of this national conversation about whether America can stretch her arms wide enough to embrace Muslims too.

Irresponsible and sensational depictions of Muslims in the popular media are not the cause of Islamophobia, but they certainly can make it worse. Recent news shows and media reports do nothing to shed light or understanding on this national conversation, which is too bad.

But the conversation must continue.

And I hope it continues in our mosques, churches, synagogues and other holy places, with Americans of all faiths talking face to face about differences and about our shared humanity – free of the stereotypes that lately are so prominent in our television shows and magazines.

* Representative Keith Ellison (D-MN) was the first Muslim elected to US Congress. This article is distributed by the Common Ground News Service (CGNews) with permission from the author.