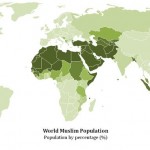 The Islamic state is a controversial issue in the West, as recent news confirms. Last October, an imam was killed and six men arrested by the FBI in Detroit for allegedly conspiring to establish an Islamic state in the United States. In the United Kingdom, government officials worry that extremist groups like Hizb-ut-Tahrir have infiltrated Muslim schools to propagate their vision of an Islamic state.

Public opinion in the West reflects the fear that radical Muslims are trying to impose their values on the rest of the world. But the nebulous term “Islamic state” is not merely a concern for the anxious Western world, it is actually a point of discord and contention within the Muslim world itself.

For many Muslim theologians, the Islamic state actually represents an obstacle to Islamic ethics and values. In Iran, pre-eminent scholar Abdulkarim Soroush, also a former political figure, emphasises how difficult it is to sustain civil, political and religious rights in the current Islamic Republic of Iran. Even the new wing of the Muslim Brotherhood in Egypt believes that an Islamic state is not feasible in today’s world.

Increasingly, Muslim scholars across the world are calling for alternative systems that can foster an Islamic vision of society and simultaneously accommodate our increasingly pluralistic societies. They believe that pluralism and the universal democratisation of human rights are at the heart of the Qur’an. There are diverse opinions about the nature, shape and purpose of an Islamic state, ranging from the conservative to the very progressive. However, Islamic states as we know them today have largely failed in creating political systems that respect such ideas.

As a result, Mohamed Talbi, a Tunisian writer and intellectual, calls on Muslim societies to abandon the Islamic state paradigm and instead strive for a global ummah, a global community that shares the core values of freedom and justice. To him, Islam is embodied in the concept of “differences within unity”, namely pluralism. He writes, “I am a Muslim atom within a human molecule. My ummah is humanity, and I do not make any distinction between confessions, opinions, colour or race; all human beings are my brothers and sisters.” This time of globalisation represents to him a rare opportunity to work towards this ideal.

Farid Esack is another Muslim scholar, from South Africa, who argues against an Islamic state in today’s world: if Islam’s message is to fight for oppressed communities, then Islamic states as we currently know them are anything but Islamic. He came to this conclusion as a result of his personal experiences-first, as a student in Pakistan when he witnessed the persecution of poor and marginalised non-Muslim communities and, later, as an activist in South Africa, when he experienced solidarity with people from all faiths against apartheid. A close ally of former South African president Nelson Mandela, Esack also proposes a different form of Islamic influence embodied in a global ummah that does not simply tolerate differences but also unites humankind beyond race and religion for a specific purpose: justice.

Esack believes that the ummah cannot be defined by kinship but by acts of faith: the real ummah is a united inter-religious struggle against oppression in all its forms.

Abdullahi Na’im, a Sudanese Muslim intellectual who had to flee Khartoum for following the open religious doctrine of Mahmoud Taha, a Sudanese theologian and political figure who advocated political and liberal religious reform, is convinced that an Islamic state is doomed to failure and that secularism-rooted in freedom of religion, ethics and morality, and rights and duties-is by far the best system for Muslims throughout the world. This form of secularism would have to be inclusive of different worldviews and could only be built through the dialogue and exchange of a global civil society.

The importance of the ummah over the Islamic state demonstrates a shift from the state-the political apparatus-to individuals and communities who become active agents responsible for implementing Islamic ideals in their pluralistic societies. This interesting proposition, rooted in an Islamic worldview, could be a more fluid and suitable framework for our globalised world.

* Isabelle Dana (isabelle.dana@gmail.com) is a professional in communications and media with a focus on Africa, the Middle East and Islamic studies. This article is part of a series on Islamic law and non-Muslim minorities written for the Common Ground News Service (CGNews), www.commongroundnews.org