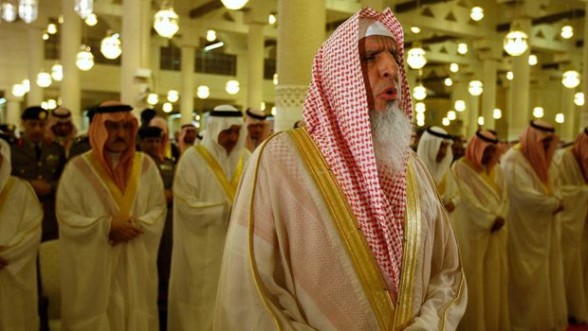 The haj sermon this year – one of the highlights of the three-day pilgrimage that millions of Muslims make to Mecca every year – has received special attention in the media all over the Muslim world. Excerpts from the sermon, which condemns terrorism and extremism and advocates moderation, have been reproduced in hundreds of newspapers. Videos of the sermon with English subtitles are circulating widely by email and have been posted on websites like YouTube. It seems that the Muslim world has embraced the message enthusiastically.

The haj is a transformative experience for most Muslims. The African American civil rights leader Malcolm X abandoned his anti-white views after participating in the haj and had a huge impact on Muslim youth throughout the United States.

This year the haj sermon was given by the Grand Mufti of Saudi Arabia, Sheikh Abdul Aziz al-Sheikh.

During the hour-long sermon, he made the usual call for unity and piety among Muslims, reminding them about the significance of being God-conscious, adhering to monotheism and living a life cognizant of the Day of Judgment. The Grand Mufti also called for environmental protection. He talked about Islamic values which promote security for the ecosystem and mandate frugal and wise use of natural resources.

In addition, part of the sermon was devoted to security issues. The mufti emphasised the necessity of security for the well-being of Muslim communities, and called for the punishment of criminals as well as obedience to rulers, although he did not specify which, as he was vague on political issues.

He spoke about the consequences when human security is absent: the suffering of women and children, chaos and an absence of peace and prosperity. Islam is a religion of mercy and moderation. Spreading violence, hatred and extremism, Sheikh Abdul Aziz said, is against the ethics of Islam. Islam’s goal is to spread peace and security in all its forms, and he called on Muslim communities to uphold the ethics and teachings of Islam.

He then proceeded to talk about the concept of security in Islamic law, saying that security permeates all aspects of life and encompasses economic, social, political, intellectual, media, environmental and spiritual dimensions.

It is while explaining intellectual security that the mufti called on Muslim communities to guard against deviancy, especially extremism and fanaticism. He warned that recent advancements in media and technology have led to the spread of dangerous ideologies and cyber terrorism. He called on Muslim teachers, imams, scholars, think tanks and professors to spread the true message of Islam and combat the spread of extremism.

Not everyone considers the Grand Mufti of Saudi Arabia an enlightened intellectual. Last year, a child marriage controversy erupted in the country when a judge refused to annul the marriage of an eight-year-old girl to a 47-year-old man. At the time Sheikh Abdul Aziz insisted that ten-year-old girls were ready for marriage and to claim otherwise was being unfair to the girls. A compassionate and prudent statement from him then could have done much for the protection and emancipation of young Muslim girls, and for women everywhere.

However, it is precisely because he comes from the hardcore Wahhabi tradition, which is very strictly traditionalist and not very open to progressive change, that his sermon calling for moderation and condemning violence and terrorism gains tremendous significance. As such, it has the potential to reach those segments of Muslim society that liberal Muslims scholars who have routinely condemned violence cannot influence.

* Dr. Muqtedar Khan is Associate Professor of Islam and Global Affairs at the University of Delaware and a Fellow of the Institute for Social Policy and Understating. His website is www.ijtihad.org. This article was written for the Common Ground News Service (CGNews).