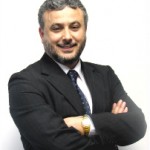 January 7, 2010 – The Islamic Society of North America (ISNA) has announced the appointment of Safaa Zarzour as its new secretary general. Mr. Zarzour will move to his new office in Plainfield, IN, from Bridgeview, IL, early next week.

Mr. Zarzour is a lawyer and educator, and has outstanding contributions to integrate Islamic communities and institutions to mainstream American society. He holds a Juris Doctor degree from DePaul University School of Law and a Masters in Education from the University of Illinois in Chicago.

He practiced law in Illinois and is also a passionate educator. He has served as an adjunct professor at Loyola Law School teaching courses in Education and Islamic Law. For over a decade, he served as a teacher and then principal at Universal School, one of the largest PreK-12 independent Islamic schools in the United States.

Mr. Zarzour is active in interfaith circles. He is a member of the Board of Advisors of the Bernadine Center at the Catholic Theological Union in Chicago where he serves along with distinguished faith leaders from the Muslim, Jewish and Christian communities. He has participated for several years in the Mid-Atlantic Muslim-Catholic Dialogue.

“ISNA is on the forefront of identifying issues facing the Muslim community and taking leadership in successfully dealing with these issues,” Safa Zarzour pointed out in a letter to ISNA directors. “Becoming the Secretary General of ISNA is a tremendous honor and responsibility,” he stressed.

Mr. Zarzour is a well known civic leader in Chicago’s Southwest Suburb. He has served in various capacities in his town, including as an administrative coordinator, Zoning Commissioner, and an elected trustee of the Bridgeview Public Library. Over the last 15 years, Mr. Zarzour helped establish and has served on the boards of a variety of local community and advocacy organizations.

His civic and educational work has been featured in many media including 60 Minutes, PBS Front Line, Chicago Tribune, Time Magazine and many others. Mr. Zarzour has received several honors and awards for his public service. Most recently, Chicago’s Mayor Richard Daley handed him the Chicago Commission on Human Relations’ 2009 Outstanding Service Award.

“I am delighted to welcome Safaa Zarzour to ISNA’s leadership team,” stated ISNA president Dr. Ingrid Mattson. “Safaa brings a wealth of experience in administration, civic engagement and education. I am particularly optimistic that his commitment to the formation of responsible and engaged American Muslim youth will help ISNA develop more services responding to their needs and ample potential,” she added.