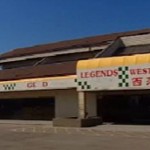 (May 3, 2010) – Residents in the Edmonton area neighbourhood of Lessard are opposing a plan by Muslims to convert a failed strip mall into an Islamic school and mosque.

The Muslim Association of Canada (MAC) paid $5.2 million earlier this year for the two-story, 160 unit Lessard Mall and plans to renovate the building for a variety of uses, including a school, mosque, day care, youth centre and retail businesses.

The facility is rundown and mostly vacant, with only three small businesses in the two-storey structure.

However, some Lessard residents think that MAC’s plans for the site will lead to traffic congestions and insists that is the reason they are opposing the proposal.

“The issue was never, ever, about faith or about certain beliefs. Not at all. The issue is purely civic and neighbourly,” said Safwat Girgis, the author of the petition told CBC news.

MAC spokesperson, Ali Assaf, told the Edmonton Journal that his group chose the location because there was a need for an Islamic centre and school in that part of the west end.

He acknowledges the project will bring in more traffic to the neighborhood but disputed residents’ estimates that 700 vehicles could show up at one time.

“I think it will accommodate that many with the parking lot we have,” Assaf told the Journal.

“Any time a school goes up anywhere there is always concern no matter who is doing it. People don’t like traffic and that around their homes.”