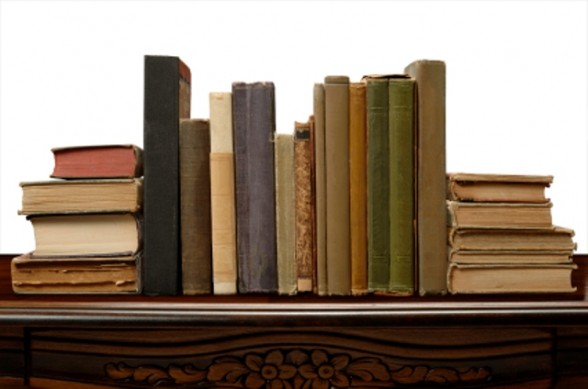 Last week, the Texas Board of Education adopted a resolution with a 7-6 vote that “accuses textbook publishers of favoring Islam over Christianity and tells them to stop it.” Although the resolution is non-binding on future board members or textbook publishers, it attempts to set a precedent and represents acceptance of an allegation that although unproven, may be raised in other states. The resolution did not in fact concern textbooks currently in use in Texas.

The allegation that textbooks favour Islam over Christianity is spurious, and the Texas Board of Education has been misled.

A look at common US textbooks refutes the charge, which distorts the role of teaching about religion in US public schools. State social studies content standards require the beliefs, practices and history of major world religions be taught within constitutional guidelines for the academic study of religion. As such, textbooks are scrutinised prior to adoption in every state.

The resolution is based on sections on Islam and Christianity in textbooks. What about the other faiths? As a textbook reviewer for two decades, I assert that most textbooks are similar enough to allow generalisations about the coverage of religions. A world history textbook index might contain more entries under Islam than Christianity, but adding keywords like Church, clergy, monastery, cathedral, pope, Reformation, Protestant and Bible tips the scales the other way. Textbooks cover the roots of Christianity in the history of Judaism, and Old Testament figures like Abraham and Moses. Content about early Christianity is only a fraction of overall content on this faith.

Christian history is actually treated in an exemplary manner in most history textbooks. Why? Because Christianity is thoroughly intertwined with the history of European civilisation. Textbooks describe its rise in the late Roman Empire and its spread into Asia, Africa and Europe. They narrate the Roman Catholic Church’s influence in medieval Europe and its split from the Eastern Orthodox Church. Textbooks cite cultural contributions of Christianity in learning, arts and social life.

They trace changes in the Christian tradition – intellectual movements, interactions with political and social systems – through the centuries. The books cover the role of Christianity in the Crusades, Renaissance and Reformation, Age of Exploration, Scientific Revolution and American history.

By comparison with Christianity, coverage of other world faiths is static and limited. Judaism is emphasised in the context of ancient times, but fades from the story with the rise of Christianity. References to the 13th century rabbi and philosopher Maimonides or pogroms during the Crusades do not make up for the absence of Jewish intellectuals and contributions to European culture, or Jewish merchant communities from the Mediterranean to China.

Textbooks describe Hinduism and Buddhism in ancient India. Buddhism’s spread along the Silk Road extends the story, but readers find little about change over time. Textbooks show people practicing these faiths today, but the gap between ancient origins and contemporary faiths is wide.

Students may conclude from this imbalance that only Christianity possessed a rich, multi-faceted tradition. The charge that Christianity is shortchanged in textbooks is based on a distorted reading of the books, meant to foster a sense of victimisation among Christians.

Coverage of Islam in textbooks is similar to Hinduism, Buddhism and Judaism in its focus on early origins rather than change over time. Many book’s indexes are affected by the overuse of religious terms like “Islamic Empire” instead of geographic terms. This usage stems from Western academics, not textbook publishers. Terms like jihad (struggle) and sharia (Islamic principles) present another problem. Critics want to see such complex terms defined as “good” or “bad”, while scholars recognise their complexity over time.

Content on world religions is not new to textbooks, but texts on “non-Western” faiths were often inaccurate and inadequate. Hindu Americans have recently challenged textbook coverage on these grounds, just as historians and Muslim educators have worked to improve accuracy of content on Islam.

As a result, textbook coverage of Islam and other religions has improved in recent years. Textbooks today reflect attention to balance in page counts, topics, images and quotes from scripture. Editors enlist reviewers and take account of First Amendment guidelines for teaching about religion.

Backlash against improvement in the coverage of religions – not only Islam – has resulted in claims that coverage is too positive. Some want to project fear of Islam onto centuries of history, reducing the Muslim world’s relations with the West to a clash of civilisations. Efforts to improve accuracy are confused with proselytising or whitewashing, which is neither the intent nor the outcome of teaching about religions in public school.

The First Amendment Center – an advocacy group in the United States that works to preserve and protect First Amendment freedoms through information and education – has promoted understanding among Americans of diverse beliefs for decades, using a framework that offers other countries struggling with religious pluralism a model to emulate. State standards reflect national consensus that citizens should be literate about the world’s religions. Political opportunism should not prevent students from learning within this American civic framework.

* Susan Douglass is an educator and author formerly affiliated with the Council on Islamic Education (currently the Institute for Religion and Civic Values). She is an Education Consultant with the Prince Alwaleed Bin Talal Center for Muslim-Christian Understanding at Georgetown University, and a doctoral student at George Mason University. This article is distributed by the Common Ground News Service (CGNews) with permission from the author. Source: On Faith, 5 October 2010, newsweek.washingtonpost.com/onfaith