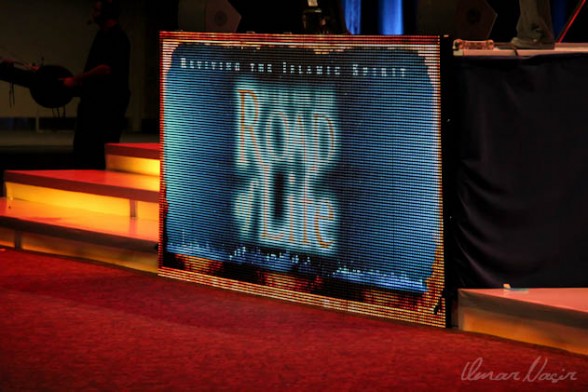 “Early indications puts the number between 17,000 and 20,000,” says Ayman Faris, the convention’s Director of Media and Public Relations.

With these numbers, the gathering exceeds previous years’ attendance.

Muslims have come from across Canada and the US to attend lectures from prominent speakers, have meals together, shop in a large bazaar, enjoy popular artists and perform group prayers.

The gathering aims to showcase well-known Muslim personalities and speakers “from across the globe sharing a common platform before the widest cross section of our community.”

“RIS was founded in the hopes to provide youth a starting point in understanding the faith of Islam, which could lead them to making decisions based on pleasing Allah,” says Faris.

“We hope the learning will lead to actions that provide humanity with kindness, understanding, and active citizenship,” he added.

This year’s theme deals with Reviving the 10 Commandments in the Modern World.

The convention will “lay out a ‘road map’ as to how Muslims can lead a revival of these commandments as the operative moral basis for checking the ravages of secularism gone mad,” according to the organizers.