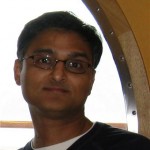 “The bottom line is this: the U.S. government had sufficient information to have uncovered this plot and potentially disrupt the Christmas Day attack, but our intelligence community failed to connect those dots – President Barack Obama, January 2010.”

While it doesn’t compare with George Clooneys’ character in “Up in the Air”, it’s enough to keep me in airplanes and airports for an absurd amount of time.

Airline security is naturally, not an academic issue for me – it’s an ever present part of my work routine.

Mr. Obama told us on December 29 last year that “the warning signs would have triggered red flags, and the suspect would have never been allowed to board that plane for America.”

It’s becoming clear that the failure to identify Mr. Abdulmutallab for additional screening was not due to an absence of racial profiling, but a failure of security agencies to utilise key behavioural information.

Those involved in aviation security know that purchasing last minute tickets with cash and going on lengthy trips with no carry-on aren’t guarantees of malicious intent, but they are certainly strong signals for further scrutiny.

What makes this particular failure of intelligence worse, is that Mr. Abdulmutallab’s own father had alerted the US government of his son’s extremist tendencies and that he was already on a US government watch list for extremists.

That is why the US government’s decision to increase scrutiny on all travelers from 14 mainly Muslim nations is an exercise in punishing the innocent.

Muslim travelers are being asked to pay the price for the incompetence of US security agencies.

A situation that called for a review of intelligence and information sharing practices has produced a knee jerk reaction designed to cater to the lowest common denominator, to satisfy our base needs for real time blame storming, rather than fixing the actual problem.

We often hear advocates of racial profiling questioning the sanity of grandmas from Sudbury having to endure security checks at the airport.

None of them have yet to explain how patting down grandmas from Cairo or Lagos is somehow a sensible move.

The businessman from Riyadh traveling to meet suppliers in the US or the family returning from visiting relatives in Karachi are not threats to US aviation.

Yet these are the people now being punished.

No wonder racial profiling is called the lazy method of law enforcement.

Why do honest police work when you can stop all black motorists?

Outside of being a corrosive, bridge burning exercise, racial profiling has also been consistently identified as being ineffective in practice.

The events of the last 10 years have told us one thing – the terrorists do not follow simple linear thinking.

Mr. Abdulmutallab did not use a shoe bomb or box cutters.

Identifying 14 nationalities for additional scrutiny only means they’ll avoid using these passports in the future.

Racial profiling would not have caught Richard Reid, an Anglo-Jamaican who tried to blow up a plane in 2002.

It would not have caught Anne-Marie Murphy, a British woman whose Jordanian boyfriend tried to blow up an El Al flight in 1986 by putting a bomb in her luggage.

Anne-Marie was intercepted, before she got on the plane at Heathrow, by an El Al employee who asked questions and observed behavior.

As most frequent flyers will tell you, underpaid and overworked airport security staff are very often seen sitting in front of baggage x-ray terminals chatting away while images move across their screens.

Newark airport was recently shut down because a man went through into the secure area undetected, when the TSA officer in-charge stepped away from his station.

Incidents of passengers accidentally bringing guns into planes are mercifully rare, but do occur.

Airport staff from Las Vegas and other airports successfully steal millions of dollars worth of goods from passenger baggage.

And yet we go through the rituals of taking our shoes and belts off, and carrying our tiny shaving gels in little plastic bags.

Like all good cops know, real security does not come through technology alone, or stopping people of a certain colour on the roads.

It comes from human intelligence and leg work – exactly what failed in this instance – and exactly what needs fixing.

*Naeem Siddiqi is the Communications Director for the Canadian Muslim Civil Liberties Association. His day job takes him across the globe.