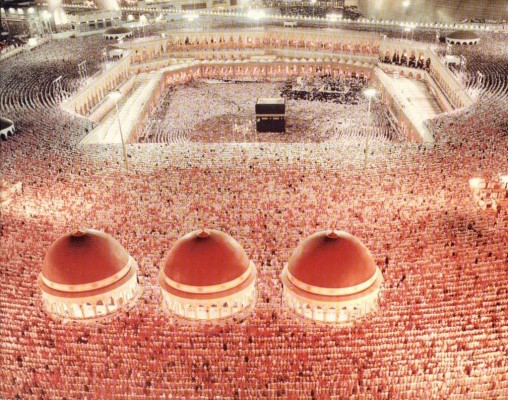 (November 12, 2010) – As Muslims set to celebrate Eid ul-Adha on Tuesday, November 16, 2010 many are busy making arrangements to offer their qurbani to benefit their families and the larger Muslim community within the Greater Toronto Area.

Qurbani or udhiyah is a sacrifice that is offered at the time of Eid ul-Adha as an act of worship to show gratitude towards Allah (God).

This sacrifice is made particularly to commemorate the sacrifice Prophet Ibrahim (Abraham) was willing to make upon Allah’s request.

It is prescribed that the meat from this qurbani sacrifice is ideally shared in thirds, with one third consumed by one’s own family, one third given to friends, and the final third distributed to members of the community with lesser means.

Last year, Muslim Association of Canada (MAC) instituted the Qurbani program to help Muslims in the GTA area fulfil their religious duties of the qurbani.

“The program was created specifically to help facilitate the distribution of the sacrificial meat to the members of the community who are of lesser means,” explains Abdussalam Nakua, MAC National Outreach Coordinator.

“Even though many Muslims make the appropriate arrangements for the qurbani each year, they have some difficulty is determining who qualifies to receive the portion intended for those of limited means. This program helps identify and distribute the meat to these families.”

Through the Qurbani program, families are given an option to either donate the complete sacrifice to charity or pickup one third of their sacrificial meat for personal consumption.

In 2009, the first year of the program, MAC partnered with Scadding Court Community Centre, Muslim Students Association of University of Toronto, and Kabul Farm to distribute 1500lbs of meat.

This year, MAC is hoping to grow the program by adding more partners like Daily Bread Food Bank, and Multifaith Center for Spiritual study and practice through their program: Religious Diversity Youth Leadership Project at University of Toronto.

The target is to distribute more than 3,000 lbs of meat to eligible families across the city.

On Sunday, November 21, MAC, along with its partners, will celebrate Eid with the local community at Scadding Court Community Centre (707 Dundas Street West, Dundas and Bathurst) by hosting a barbeque and distribution of meat packages.

On this day, there will be a short address by community leaders, fun games for children and lunch for the families.